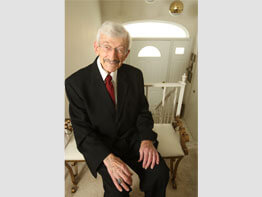 “You have to listen to your body,” said Mr. Kaminski, the son of a Lithuanian father and a Polish mother. “When it’s time to slow down, your body will tell you.”

“When I saw her walk in, I told the band leader, ‘That’s the girl I’m going to marry,’ ” Mr. Kaminski recalled with a smile. The young musician kept his word and he’s still married to Marie – the “Coca-Cola girl” – nearly 65 years later. The two have an adopted daughter, Debbie.