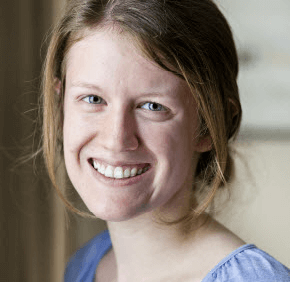 When she was named the recipient of the nation’s most generous undergraduate literary prize, Kathryn Manion was at a loss for words, which is ironic for the 22-year-old parishioner of St. Louis, Clarksville.

In May, Manion was named Washington College’s 2012 Sophie Kerr prize recipient. The prize is awarded annually to a graduating senior with the best talent and future in the literary field, according to the Chestertown college’s website.

The portfolio Manion submitted for the award included two short stories, each about 15 pages; two short story excerpts, each about three pages; and her 65-page senior thesis, which examined the cultural and literary impacts of letter writing and the postal system in 19th century England.

Manion is a 2004 graduate of St. Louis School and a 2008 graduate of Notre Dame Preparatory School in Towson.

“You get a certain caliber of education when you go there,” Manion said of her Catholic schools experience, “and I think the attention that I got, especially in my English classes, especially from a young age, I was given a very solid background in my writing skills.”

“I was exceedingly prepared for college when I got there,” Manion said, although she didn’t find college to be easy. “My overall academic background really made me the student that I was in college and helped me achieve what I did academically.”

“She would rewrite until she felt satisfied,” Adams said. “She was able to explain herself pretty well in words. She never seemed to be at a loss for words.”

Manion was on the literary magazine staff at NDP, where Danielle Jablonski was the adviser for that initiative and her English and creative writing teacher.

“She really had a wonderful understanding and appreciation for words and the written language,” Jablonski said. “She really was very much in touch with the power of words and making them work to their greatest potential. That was apparent to me, even back in 11th grade.”

She majored in English and minored in creative writing and anthropology at Washington College, graduating in May, after Manion and the other four Sophie Kerr finalists had traveled to New York City, where the winner was announced.

“I was at a loss for words,” Manion said. “I feel very honored to have my writing recognized. I’ve always considered myself a writer, (but) to have other people recognize and like my writing is very encouraging.”

The Kerr award comes with a check of more than $58,000. The money is meant to help the winner with future writing endeavors, said Manion, who is currently

using some of her prize money on a month-long graduate level course at the University of Denver’s Publishing Institute.

She also plans to travel for inspiration and for a master of fine arts or a master’s in English.

“Winning has opened so many doors, beyond a check,” Manion said. “It’s helped me to meet people, establish connections. I’m extremely blessed and grateful for this great honor and I have every intention to pursue it and make the most of what I’ve been given.”

She enjoys reading fiction, and her favorite authors are Jane Austen and George Eliot. Manion, who uses a computer to write, draws inspiration from everyday life – observing people in the grocery store and movie theatre, for example.

“Hearing people talk and how they sound, I think helps when you’re writing dialogue and you’re coming up with a character and getting their voice,” said Manion.”