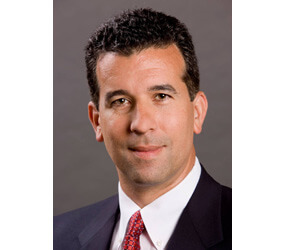 Marc Munafo can’t help but think about what might have been.

Forty-four years ago, his birth mother decided she could not raise him. Waiting for the boy was a loving couple, Angelo and Dolores Munafo, who adopted him through Catholic Charities.

“Having been adopted,” he said, “I say to myself ‘I could have been with any family, anywhere.’ I was lucky in a lot of regards.”

Now president of the Timonium construction firm CAM, which his father co-founded, Munafo knows nothing can be taken for granted.

Growing up, Marc Munafo attended St. Joseph, Cockeysville, with his family. He remembers the excitement he felt as he watched his father serve as an usher at Mass.

“My dad was just very full of faith,” said Munafo, noting that his parents also adopted a daughter, Gina, four years earlier. “I was with him at church all the time. It was just a regular part of our lives.”

His mother spent many hours at home raising the children she loved so much. His father routinely stressed that a person should be known by his actions, not his words.

Munafo started working for CAM Construction at the age of 16, doing various cleanup jobs during the summer, but he never planned on following in his father’s footsteps.

“I was going to get a Ph.D. in psychology,” Munafo said. “He (his father) never asked me to work here. He never pushed me in any direction whatsoever.”

Martha Elliott, CAM Construction’s director of business development for the last seven years, said she met Munafo when she was with another company. Impressed with Munafo’s attention to detail and commitment to a quality product, she wanted to work with him.

“If we can’t do it right, we don’t do it,” Elliott said. “He treats people really fairly. There’s nothing judgmental about him at all.”

Munafo has grown a deeper appreciation for the work of Catholic Charities, as his company was the builder for the Our Daily Bread Employment Center, which was completed in 2007.

CAM Construction has won awards for its efforts on the project. Located near the Baltimore Penitentiary, it resembles a train station.

A garden named in honor of his parents is just outside the employment center. Angelo Munafo died more than seven years ago. Dolores, 77, cherishes the space, according to her son.

“It’s for the people who live and work there,” he said. “It’s like a little oasis in the city. You’ve got these prisons towering around and this little bastion of hope.”

Later this year, Marc and his wife, Vicky, will co-chair the annual Christmas concert that will benefit Catholic Charities’ Child and Family Services.

“It’s become important,” Munafo said of his association with the organization. “You have children and you begin to think about other children more.”

He hopes more can be done to promote adoption.

Marc and his wife have two sons, Angelo Roman, 13, and Nolan, 10. When Marc named his eldest son after his late father, Angelo Munafo’s pride was evident.

“My dad was really tickled,” Munafo said. “The only thing he said was, ‘God bless you.’”

His father’s work ethic and respect for life still resonate.

“We can lose $10 million jobs by $5,000,” Munafo said of the construction-bidding process. “You get upset and discouraged. He (his father) always told me ‘You can’t hope anyone fails at anything. Don’t ever do that, say that or think it.’ He really had an opinion that it would be better for everyone to succeed than anyone to fail.”