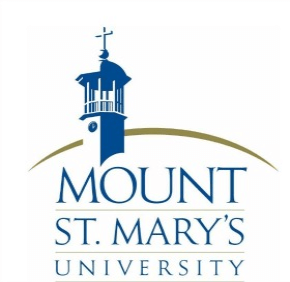 By Catholic Review Staff
The Board of Trustees of Mount St. Mary’s University in Emmitsburg has named Mary Kane the first chairwoman of the board in a historic March 14 meeting, effective immediately, and has also extended the term of acting president Karl Einolf through June 2016.
“Leading the board during this historic moment in the Mount’s history is an honor, and I am looking forward to working with all members of the Mount community to continue to bring us back together to focus on the Mount’s strong mission,” said Kane, a member of the Mount’s class of 1984, in a university statement.
“I have maintained my involvement with my alma mater because I want current and future generations of students to experience what makes the Mount so special,” she added. “Though I have traveled much, the Mount is my home. Its faith-filled campus and mission to educate our future leaders in the Catholic tradition inspires me.”
The board voted unanimously to name Kane chairwoman after John Coyne, class of 1977, concluded his appointment as chairman, which began in February of 2014 and was scheduled to end in October.
“As my term as chair is nearing an end, I felt that stepping aside now would ensure a seamless transition to naming an interim president,” Coyne said in a statement. “It’s important for a new president to have a chair of the board at their side, not only at the outset of the process but throughout the entire transition period.”
Einolf, the acting president, has pledged his commitment to serve the Mount through the end of the current fiscal year.
“Over the next few months we will continue our current efforts with Mount 2.0 and continue moving the Mount community forward,” he said in a statement.
Einolf was originally named acting president Feb. 29, the day of former president Simon Newman’s resignation.
The Board of Trustees’ next step in its presidential transition plan is selecting an interim president for the 2016-2017 academic year. According to statements issued by the Mount, the selection and announcement will occur in the coming months in accordance with the governing documents of the university.
At the Mount, Kane majored in business and finance. She earned a law degree from The Catholic University of America’s Columbus School of Law in Washington.
She is currently president and CEO of Sister Cities International – a nonprofit organization that supports citizen diplomacy – and leads the organization’s membership, youth education, development and advocacy programs.
Prior to joining Sister Cities International, Kane was an executive director with the U.S. Chamber of Commerce, where she was responsible for identifying and building business partnerships and strategic alliances.
She served as Secretary of State of Maryland under Gov. Robert L. Ehrlich Jr. from 2005 to 2007, and in 2010 was Ehrlich’s running mate on the Republican ticket, as the lieutenant governor candidate, in his unsuccessful bid to return to the State House.
She serves on several boards, including that of Suburban Hospital, a member of Johns Hopkins Medicine.

Kane is a parishioner of Our Lady of Mercy in Potomac.