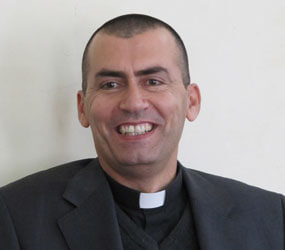 LONDON – The killings of four Iraqi Christians in as many days could prompt a wave of refugees fleeing northern Iraq, where Christians live in constant state of panic, said a Catholic archbishop.

Chaldean Archbishop Emil Shimoun Nona of Mosul, Iraq, said he knew of about 10 Christian families who already had fled the violence.

But he said there was a risk that “all the (Christian) people will leave” the Nineveh region, of which Mosul is the capital, unless the attacks against Christians were brought to an end.

“It is very difficult to live in this kind of situation,” the archbishop said in a Feb. 18 telephone conversation with the British branch of Aid to the Church in Need, a charity set up to help persecuted Christians.

“It is panic – panic always,” he said. “The Christians don’t know what will happen to them. It is the same everywhere – in the office, at school or even at home. They don’t know if somebody is going to kill them.

“What we are seeing is an effort to force Christians to leave Mosul. We don’t know who is behind the attacks,” Archbishop Nona added. “We think that they are politically motivated – that some group has something to gain if all Christians go.”

He spoke a day after the Feb.17 murder of a 20-year-old student teacher, whose body was discovered by police in the city. One day earlier, gunmen opened fire on two other Christians, killing one of them – an engineering student at the University of Mosul.

On Feb. 15 gunmen burst into a grocery store and killed its Christian owner, and on Feb. 14 a Christian man was shot dead outside his home.

Archbishop Nona was installed Jan. 22 as successor to Archbishop Paulos Faraj Rahho, who died in March 2008 after he was taken hostage by kidnappers.

Although the identities of the gunmen in the latest attacks are not known, the surge in violence against Christians comes as Iraqis prepare to vote in March 7 elections.

The Iraqi legislature has a quota for Christian seats, but some Arab politicians are concerned that Christian candidates might enter into an alliance with their Kurdish rivals, according to media reports.

An al-Qaida-affiliated group of Sunni Muslims indicated that it would seek to disrupt the election because it is opposed to Iraq’s Shiite majority gaining political power.