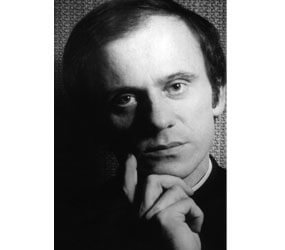 WARSAW, Poland – When a Catholic priest who was murdered by communist agents is beatified in Warsaw June 6, it will confirm his place as one of the church’s most conspicuous modern martyrs.

Polish church leaders hope the beatification will also recall values for which Father Jerzy Popieluszko gave his life and revive interest in a remarkable story of Christian courage and witness.

“People are full of expectations here, especially those who directly experienced his work,” said Archbishop Henryk Muszynski of Gniezno.

“He wasn’t a forceful speaker or political activist, but someone of deep conviction and integrity. His sanctity lay in an elementary righteousness that gave people hope even in the worst situations,” he said.

The bound and gagged body of 37-year-old Father Popieluszko, who was well-known in Poland for sermons defending human rights, was dredged from a reservoir on the Vistula River near Wloclawek Oct. 30, 1984, just 11 days after he was kidnapped while returning from a night Mass in Bydgoszcz.

About 400,000 people attended his funeral, and his murder was widely credited with helping discredit and undermine communist rule.

The Warsaw Archdiocese launched a canonization process in 1997 and sent its 1,157-page dossier to Rome in 2001. A decree recognizing Father Popieluszko as a martyr was issued by Pope Benedict XVI Dec. 19. His beatification is a major step toward sainthood.

In a May 17 interview with Catholic News Service, Archbishop Muszynski said he had lived close to St. Stanislaw Kostka Church in Warsaw, where Father Popieluszko served in the early 1980s. The archbishop said he became convinced of the priest’s saintliness after reading his homilies when they were published after the 1989 return of democracy.

He added that the priest was a “very simple, even shy person,” who had become a spiritual leader by virtue of his undaunted “faithfulness to Christ in the Gospel.”

“He was a normal person who knew what awaited him and was afraid, but nevertheless refused to betray this Gospel of truth,” the archbishop said.

“He stood on the side of people struggling for a free Poland, who’d been unjustly accused of plotting to overthrow the communist state. This was why he had powerful opponents.”

Born into a poor rural family at Okopy in northeastern Poland, Jerzy Popieluszko enrolled at Warsaw’s Catholic seminary in September 1965. He was ordained by Cardinal Stefan Wyszynski in May 1972 after having his health damaged by two years of military service.

After other pastoral jobs in the capital, he was sent to help at St. Stanislaw’s in May 1980 and served as a chaplain to the nearby Huta Warszawa steelworks when strikes in August 1980 led to the formation of the Solidarity union.

In February 1982, two months after Solidarity was crushed by martial law, Father Popieluszko celebrated his first of many Masses for the Homeland, soon copied by other priests around Poland.

Several times detained and interrogated, he was formally charged in July 1984 with “abusing the function of a priest” and “anti-state propaganda,” although the charge was suspended a month later.

In a March pastoral letter, Archbishop Kazimierz Nycz of Warsaw predicted the priest would serve as an “advocate against relativism and lies” for “all those wielding power,” adding that his teaching had been received by contemporaries “as parched earth receives water,” making him a “living sign of hope for millions of Poles.”

Meanwhile, the priest’s postulator, Father Tomasz Kaczmarek, said the beatification process had faced delays because of the substantial documentation and complexities of the period, as well as concerns over “ways of remembering his work.” He added that the beatification, at the end of the Year for Priests, would remind clergy of “the way of authentic priestly service.”

“There were never objections to Father Popieluszko’s martyrdom for the faith or heroic conduct up to his death – these were never doubted,” the Warsaw-based priest told Poland’s Catholic Information Agency April 30. “This pastor, who didn’t even have the strength to be a normal curate, nevertheless became the exponent of the nation’s deepest yearnings.”

In February 1985, four members of Poland’s Interior Ministry were convicted of killing Father Popieluszko, but they were released early after controversial sentence revisions. A former secret police general, Wladyslaw Ciaston, twice was acquitted of ordering the murder.

However, Solidarity supporters have repeatedly blamed senior communists for the death of the priest, whose grave at St. Stanislaw Kostka Church, modeled on a rosary given him by Pope John Paul II, has been visited by 18 million people.

Poland’s National Remembrance Institute, which runs a commission investigating communist-era crimes, has continued to collect material on the killing. In October, it helped bring charges against two other former secret police agents for seeking to frame Father Popieluszko by planting weapons and illegal leaflets in his Warsaw apartment.

One Warsaw student, Ewa Dryjanska, told CNS May 17 Father Popieluszko’s story was mainly of interest to those who remembered the period, adding that many young Catholics saw his testimony in “political, anti-communist categories.”

However, in his CNS interview, Archbishop Muszynski said he believed young Catholics also were responsive to Father Popieluszko’s testimony and were impressed that martyrdom could occur in the present day and was “not just something from the past.”

“Though everyone is different and must find their own path to God, we are all called to lead a Christian life of holiness,” the archbishop said. “For the whole Catholic Church, (Father Popieluszko) represents the Gospel for the normal, mundane conditions of everyday life and work, showing how we can be loyal to others and follow our consciences.”