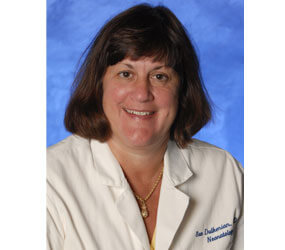 Television viewers around the country will get a chance to see the neonatal intensive care unit (NICU) at Mercy Medical Center in action this summer.

“NICU” is an original, 10-episode documentary series on the Discovery Health channel. It will air Thursdays at 10 a.m. The first episode airs July 15.

According to a news release, “NICU” showcases the riveting, real-life drama of babies born under extraordinary circumstances. In Baltimore, it follows Dr. Susan Dulkerian, head of Mercy’s NICU, as she helps her tiny patients and their families.

Dulkerian is the director of Newborn Services at Mercy, and an assistant professor of pediatrics in the Division of Neonatology at the University of Maryland School of Medicine. She is the joint director of the Maryland Regional Neonatal Transport Program.

Each year in the United States, more than 500,000 babies are born pre -term. Many of these babies will end up in a neonatal intensive care unit (NICU) for the first part of their fragile lives.

The Discovery Health network is available in 80 million homes nationwide on many major cable platforms.