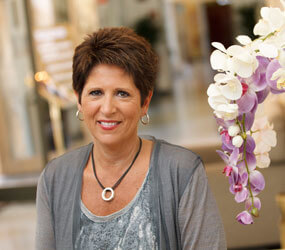 ROME – A new book by a Catholic talk show host looks at how media and culture are sending unhealthy messages to women and how the church can fill the emotional and spiritual void left behind.

The book, “Extreme Makeover: Women Transformed by Christ, Not Conformed to the Culture,” looks at how the culture is “going after women” and how women are hurt, “whether it be body image, eating disorders and sexual objectification,” said the book’s author, Teresa Tomeo.

Tomeo, a syndicated talk show host on Eternal Word Television Network, told Catholic News Service in Rome that women are pressured into being many different things to different people: a powerhouse professional, a flawless wife and beautiful woman.

She said much in society is contradictory: “We have all these advancements and yet we’re more objectified than ever.”

There’s a kind of “split personality” in the media, she said, when a newspaper or newscast reports on studies showing how influential media are on an audience, especially children, or studies showing ways women are still objectified.

“And then they turn around and promote sex at 2 in the afternoon in a soap opera or a commercial,” she said.

Women’s self-image is often distorted because of too much emphasis on youth, physical beauty and sexuality, she said.

Add to the mix the modern-day “freedoms” of contraception, abortion, and sex outside of marriage and women end up being not more free or equal “but more in bondage, and you don’t realize it when you’re accepting it.”

“You have to go through your own crisis” to see there is another way, she said.

In her book, published by Ignatius Press, Tomeo details the personal crises she weathered – an eating disorder, a frenetic work ethic and a crumbling marriage. She had been living distant from God, she said, and just accepted the current culture’s stereotypes wholesale.

“I realized I was living in the world so strongly, it consumed me. My career was everything and I let everything else slide and almost lost everything in the process,” she said.

Many people, whether they are religious or not, “are sick and tired of the way women are treated, the way families are treated and the way marriage is disrespected,” she said.

The women’s liberation movement failed to provide the solution, she said, because what brings freedom and dignity to women are in the teachings of Christ and the Catholic Church, Tomeo said.

“The church has been teaching for 2,000 years that there is a plan” called natural law, she said.

Natural law, whose basic norms are reflected in the Ten Commandments, are rights and wrongs that are part of human nature and can be identified by the use of human reason, according to church teaching. Pope Benedict XVI has said natural law is the only sure foundation for regulating social life and can guarantee that people live in true freedom with their dignity respected.

Tomeo said it was becoming familiar with natural law and the church’s writings on women and life that led her back to the church.

In her book, Tomeo makes a considerable number of references to surveys, studies and research done by well-known secular organizations to support her arguments and show how natural law reveals itself in reality.

She said she hopes the book will inspire women, especially teens, to learn about the Catholic faith, study it, pray and find out who they are in Christ.

By transforming themselves, women can change the culture, she said, quoting St. Catherine of Siena: “When we are whom we are called to be, we will set the world ablaze.”