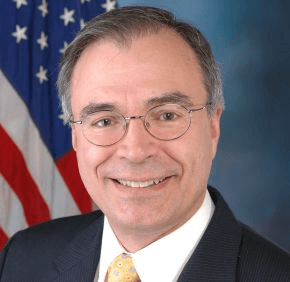 Among those who will be listening with rapt attention when Pope Francis addresses the U.S. House and Senate Sept. 24 is Congressman Andy Harris, a Republican representing Maryland’s 1st congressional district.

“He has been inspirational to a lot of people who are responding to the traditional Catholic message of taking care of those more in need than ourselves,” said Harris, a parishioner of Christ the King in Towson who also met the pope during an audience of approximately 120 people last month with the International Catholic Legislators Network .

“It’s good to know we have leaders in the Catholic Church who can connect with people worldwide to deliver the Catholic message,” Harris added.

As for the Sept. 24 address, Harris hopes the pope will touch on “the plight of people under religious persecution, and the mass migration” of Christians and religious minorities it’s causing.

He would also be happy to hear Pope Francis reiterate “a message he has talked about frequently,” that life is to be respected, from conception to natural death.

At the audience last month at the Vatican, Harris said, he thanked Pope Francis personally for upholding “the pro-life message.”

He and the other members of Congress may bring one guest each to the papal address. Many are bringing their spouses.

Harris’ wife, Sylvia “Cookie” Harris, who was well known as an ardent supporter of the pro-life movement, died suddenly last year. Interviewed Sept. 11, the congressman said that he is still unsure who he will ask to be his guest.

Each member of the House also receives 50 Capitol lawn tickets, standing room only, to the papal address, to distribute as they will. Harris said his constituents interested in attending were calling his office, and his staff was compiling a list of those interested.

“We should get enough to fill those spots,” he said.

The Catholic Review reached out to other members of Congress to inquire how they would be allocating their hot tickets.

Like Harris, Sen. Ben Cardin is offering the lawn tickets – senators get 200 – on a first-come, first-serve basis. The senator will bring his wife as his guest, according to spokeswoman Sue Walitsky.

Congressman C.A. Dutch Ruppersberger, who represents the 2nd congressional district, will hold a lottery for his lawn tickets. According to spokeswoman Tara Oursler, details will be posted on the congressman’s website.