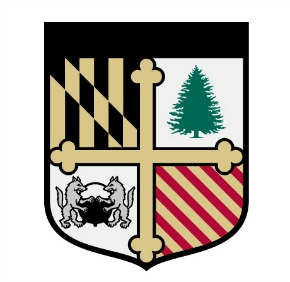 By Catholic Review Staff
Sixty-six million dollars into its ongoing $100 million fundraising campaign – Bright Minds, Bold Hearts – Loyola University Maryland has identified new priorities, focusing more of the overall goal on initiatives that will benefit Baltimore City, enhance neighborhoods and strengthen community.
“By putting more of the campaign funds toward bettering our community, we are putting our mission into action—investing in Baltimore, striving to be part of the healing in our city and in our world,” said Jesuit Father Brian F. Linnane, president of Loyola, during an address on campus Feb. 12, according to a news release from the university.
The campaign will now include a funding priority for the Center for Community Service and Justice (CCSJ) with a goal of $1 million. CCSJ offers dozens of one-time and weekly service opportunities in Baltimore, along with immersion programs in Baltimore, West Virginia and Florida. In addition, CCSJ coordinates service-learning at Loyola and organizes events around social justice themes.
Half of the $1 million would fund CCSJ training and fellowships, with $400,000 endowed and $100,000 for current use. The other half would be devoted to the immersion projects, with $400,000 endowed and $100,000 for current use.
Also moving up as a priority is the York Road Initiative, which collaborates with neighbors and partners – public and private – on efforts to improve life for those living, working and learning in the Govans community, located along York Road immediately east and north of Loyola’s Evergreen campus.
The York Road Initiative focuses on building civic capacity, strengthening the York Road commercial corridor, improving youth development and ensuring food security for residents in an area that has been identified as a food desert.
The new goal for the initiative is $1.5 million, more than triple the original $400,000 goal met early in the campaign.
Loyola is also focusing new energy on its campus ministry, doubling the fundraising goal from $1 million to $2 million.
Combined, the three moves represent a $2.9 million shift in priorities from a mix of academic and programmatic goals set when the Bright Minds, Bold Hearts was launched in 2013.
More information is available at campaign.loyola.edu
See also:
Interfaith and ecumenical leaders ready to meet pope and ask prayers for
Proponents of physician-assisted suicide face tough questioning in Maryland Senate hearing
PrevNext