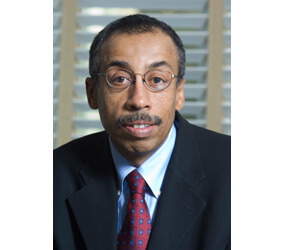 Its “Year of the City” outreach, during the 2006-07 academic year, was evidence of Loyola College in Maryland’s desire to enhance not just the lives of its students, but of the residents of the jurisdiction, Baltimore City, that has its main campus.

Another example of that commitment is a seismic change in Loyola’s education department.

The institution will take on university status this fall, when it changes its name to Loyola University Maryland. Coincidental to that re-branding is the elevation of its education department, as Loyola’s School of Education will mark its official launch this fall.

That department already had a substantial imprint, with more than 700 graduate students, more than 300 undergraduate majors and 42 full-time instructors. What’s new for 2009-10 is Loyola’s Center for Innovation in Urban Education, which is the vision of Dean Peter C. Murrell.

“In order to engage in larger, more impactful work with Baltimore City and Baltimore County and beyond, the Loyola leadership decided to inaugurate this change,” Dr. Murrell said. “From my perspective, it was a golden opportunity to do really substantial work in urban education. This is a very exciting opportunity.”

Before coming to Loyola in July 2008, Dr. Murrell was the director of the Center for Urban Innovation in Education at Northeastern University in Boston. He did his undergraduate work at Carleton College, in what was then a small town in Minnesota, but began to get an appreciation for the challenges of urban education while doing his student teaching in Minneapolis.

Baltimore has one of the nation’s highest murder rates among American cities with more than 500,000 residents. While illiteracy combines with addiction and teen pregnancy to have a tragic impact on the lives of many, Dr. Murrell balked at the suggestion that Baltimore was an ideal lab for educational research.

“While it’s certainly fertile ground to learn and develop and grow,” Dr. Murrell said, “the reason I balk at calling it a laboratory is that a certain part of our identity is the way in which we engage the problems of urban education, more as a collaborative partner.

“We can’t let our ready-made assumptions, from our position as higher education folks, make us assume the stance of the expert. We want to be mindful about how we enter partnership with schools, how we co-create and co-design these services and practices that are going to serve the kids and schools of Baltimore.”

Some of Loyola’s graduate students teach in city schools. Many of those schools produce some of the state’s lowest standardized test scores.

“In general terms, there are so many things that we in public education in America are doing wrong in city schools,” Dr. Murrell said. “What we’re about is correcting those wrongs and developing leadership among teachers, policy makers and others, about how to improve the fortunes of some city kids.”

According to a Loyola spokesperson, the School of Education will become Loyola’s third school, along with the College of Arts and Sciences, which will be renamed Loyola College, and the Sellinger School of Business Management.

“This is an investment in the community,” Dr. Murrell said. “In a country that prides itself on the notion that education is the great ticket to opportunity, why should it be that there are so many have-nots in the system?”