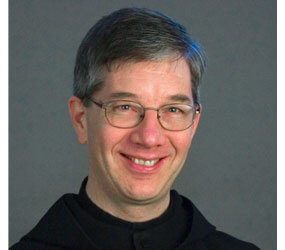 WASHINGTON – Saying that he “cannot promote the new missal translation with integrity,” the former chairman of the music committee of the International Commission on English in the Liturgy has withdrawn from all speaking engagements related to the missal.

Benedictine Father Anthony Ruff, a professor of liturgy and Gregorian chant at St. John’s University in Collegeville, Minn., made the announcement in “an open letter to the U.S. Catholic bishops.” The letter was published in the issue of America magazine dated Feb. 14.

Use of the new translation of the missal is to begin Nov. 27, the first Sunday of Advent, in U.S. parishes and in several other parts of the English-speaking world.

The transition to the new translation took up most of the past decade and has not been without its rough patches, with some bishops, priests and laypeople criticizing changes in wording meant to bring the translation more closely into alignment with the Latin original.

There was no comment on the priest’s letter from the U.S. Conference of Catholic Bishops.

Father Ruff said his involvement with the ICEL music committee, “as well as my observation of the Holy See’s handling of scandal, has gradually opened my eyes to the deep problems in the structures of authority of our church.”

He called the missal “part of a larger pattern of top-down impositions by a central authority that does not consider itself accountable to the larger church.”

“When I think of how secretive the translation process was, how little consultation was done with priests or laity, how the Holy See allowed a small group to hijack the translation at the final stage, how unsatisfactory the final text is, how this text was imposed on national conferences of bishops in violation of their legitimate episcopal authority, how much deception and mischief have marked this process – and then when I think of our Lord’s teachings on service and love and unity … I weep,” Father Ruff said in the letter.

Noting that some of his friends and acquaintances had left the church or “remain Catholic with difficulty,” Father Ruff said he would “stay in this church for life and do my best to serve her.”

“This I hope to do by stating the truth as I see it, with charity and respect,” he said. “I would be ready to participate in future liturgical projects under more favorable conditions.”

A source at the USCCB said Father Ruff’s speaking engagements were not arranged by the conference or its Secretariat for Divine Worship. The priest had reportedly been scheduled to speak about the missal in eight dioceses.