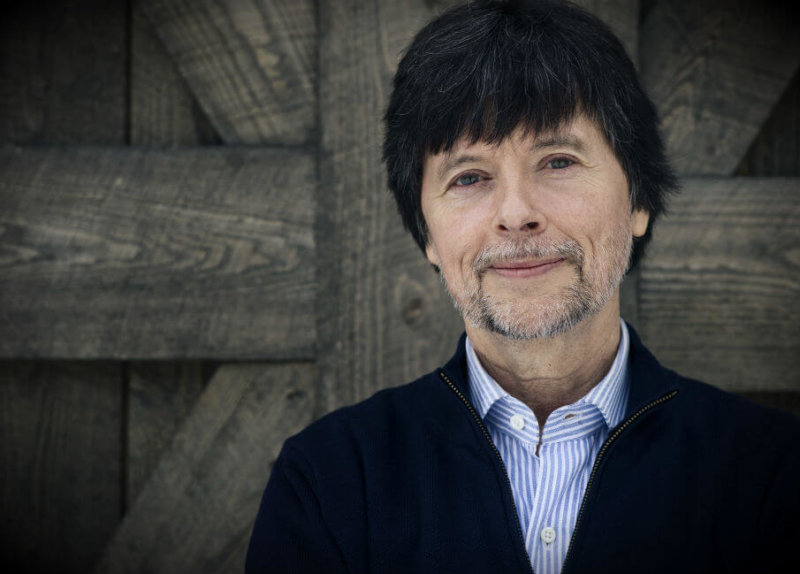 Ken Burns is seen in this undated photo. He was to receive a Life Achievement Award May 17 during the annual Christopher Awards dinner in New York City. (CNS photo/courtesy Tim Llewellyn via Florentine Films

WASHINGTON — Documentarian Ken Burns, with a string of television successes that range back into the 1980s, said the Christophers were “generous” in giving him their Life Achievement Award this year.

“It’s pretty fantastic,” Burns told Catholic News Service in a May 4 telephone interview from New York. Burns will be receiving his award in person May 17 at the annual Christopher Awards dinner in the Big Apple.

Burns has been behind so many well-received documentaries over the past 30 years, many of them of epic lengths, that it can be hard to keep them all straight.

There was “The War” about World War II, “The Civil War” and, most recently, “The Vietnam War.” But there was also “Baseball,” “Jazz,” “The Dust Bowl,” “Prohibition,” “The West,” “Cancer: The Emperor of All Maladies,” “The National Parks: America’s Best Idea,” “The Statue of Liberty” and “Brooklyn Bridge” in his canon — 31 in all, for which Burns has served as producer since 1981.

If TV shows are like children, then Burns loves them all equally. But one of his first, 1984’s “The Shakers: Hands to Work, Hearts to God,” holds a special place in his heart. The documentary about the Christian sect “I suppose, is tiny and not as loud, not a ‘child’ to follow your metaphor, obviously,” Burns said. “It isn’t ‘The Civil War’ or ‘The Vietnam War,’ but I don’t love it any less.”

Nor is Burns, who turns 65 in July, packing it in any time soon. “I am fully booked out to 2030 in the projects we are planning to do. Will one or two change? Maybe. Will two or three be added? Sure,” he said. “They’re in various stages of filming, fundraising, editing, finishing, promoting. There are five or six or seven films going on. I am busier now in my mid-60s than I ever have in my life.”

It is hardly a solitary work for Burns.

“For me and I believe for many of my colleagues, these are hugely collaborative efforts without many other people contributing their blood, sweat and tears. When the film is finished it becomes ‘your’ property. But it needs your attention, like the next children that needs your rearing. It goes off to college, it’s bound to come back with a duffel bag full of laundry.”

After 30-plus documentaries already in the archives and more in the planning stages, Burns keeps it from becoming a rote exercise. “It’s not about destination, it’s about the journey,” he told CNS. “In some ways you can say that I’ve made the same film over and over again. It’s asking a deceptively simple question about who we are as Americans. … also asking a question that is central to all of us, but ‘who am I?’ Not just me, but each one.”

Burns said he had it in his mind at age 12 to be a filmmaker, at 18 to be a documentarian and by 22 to focus on American history. And he’s never strayed from that path. However, he noted, he’s been in talks with HBO for a dramatization of his 2004 documentary “Unforgivable Blackness: The Rise and Fall of Jack Johnson,” the first black U.S. boxing champion.

Deal or no deal, “I’m keeping my day job, that’s for sure. I don’t think drama is some lower rung on the career ladder. In some ways, TV has helped to touch in an extraordinary way fiction films,” he said.

Still, “I can’t be anything other than myself, I’m very happy to say, mostly because I work with very good people,” Burns added. “And (working with) PBS, which has permitted me to work without commercial interruption. With every film, it’s the director’s cut. and if you don’t like it, there’s no one else to blame.”