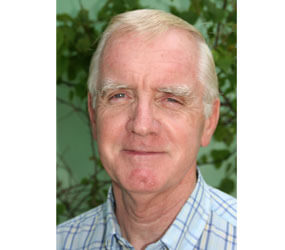 LIMA, Peru – A Peruvian judge gave a British missionary a temporary stay on a government order expelling him from the country.

La Salle Brother Paul McAuley of Portsmouth, England, who has worked in Peru for three decades, was informed of the expulsion order July 1 and given seven days to leave the country. On July 6, a judge granted a habeas corpus motion, allowing him to remain in Peru while officials consider an appeal.

For the past decade, Brother Paul has worked with indigenous youths and an environmental network in Iquitos, capital of the Loreto region in the Amazonian lowlands of northeastern Peru. Before that, he was a teacher and school principal in a low-income neighborhood on the edge of Lima, the capital.

According to Peru’s Immigration and Naturalization Office, the resolution canceling his residency was issued June 11. The British missionary told Catholic News Service he had absolutely no idea why he was informed three weeks later.

The immigration office’s investigation of Brother Paul dates to mid-2009, shortly after a two-month protest by indigenous people in the northern Amazonas region. They claimed a new forestry law, issued by government decree, would undermine their control over natural resources on their lands.

More than 30 people died June 5, 2009, when police moved in to break up a roadblock set up by the protesters near the town of Bagua. Brother Paul was not involved in that demonstration.

Officials decided in August that Brother Paul had violated residency norms for foreigners by “disturbing the peace,” according to a press release from the immigration office. Nevertheless, Brother Paul said there were no objections when he renewed his residency permit in September.

The Loreto Environmental Network, which Brother Paul heads, has worked with small farmers and indigenous communities in cases of land tenure conflicts with companies holding timber concessions. According to Peruvian government figures, nearly half of all social conflicts in the country are related to environmental issues.

“We had nothing to do with Bagua,” Brother Paul said of the environmental network. “Our work is basically education. We try to make sure that people know their rights. I’m trying to put into practice the conclusions” of the Fifth General Conference of the Bishops of Latin America and the Caribbean, held in Aparecida, Brazil, in 2007.

At the conference, the bishops spoke out in defense of the environment, especially the Amazon region.

“The underlying issue is not Brother Paul – it’s the Catholic Church” and its work on indigenous rights and environmental issues in the Amazon region, said Adda Chueca, director of the Amazonian Center of Anthropology and Practical Application, a nonprofit organization established by the bishops of the Peruvian Amazon.

Peruvian President Alan Garcia has accused environmentalists and indigenous organizations of blocking progress and development in Peru, where church workers have been on the forefront in protests against large mining, petroleum and timber projects.

In 2007, U.S. bishops spoke out in support of Chicago-born Bishop Daniel Turley Murphy of Chulucanas, in northern Peru, who had received death threats because of his defense of farmers protesting a large copper mine planned for their district.

In May and June 2009, Jesuit priests and church workers in the area near Bagua were accused of encouraging the protests. Farther south, in the Apostolic Vicariate of Yurimaguas, Italian Passionist Father Mario Bartolini, several Peruvian church workers and a local indigenous leader face criminal charges for allegedly inciting protests at the same time.

Yurimaguas Bishop Jose Astigarraga Lizarralde, a native of Spain’s Basque region, is considered a witness in that case. The sentence in Father Bartolini’s case was to be issued in June, but the court delayed its release, Chueca said.

The Peruvian bishops’ conference made no public response to the effort to expel Brother Paul, but the Conference of Major Superiors of Religious of Peru issued a statement expressing indignation at the expulsion order, which it called “a serious affront to our mission, carried out in faithfulness to Christ” and “a serious attack against democracy in the country” and against the diplomatic agreement between Peru and the Vatican.

“Brother Paul has provided invaluable service in the field of education in sectors of the society where the government is absent,” the statement said. “It is painful that his commitment to minorities and to our church, which promotes the protection of creation, has been considered sufficient proof that his presence in our country is uncomfortable and disturbing to the government.”

The Conference of Major Superiors criticized the government’s handling of environmental and indigenous issues, stating that Brother Paul had “addressed these matters with wisdom, courage and love during the past decade.”

Human rights and environmental organizations also spoke out in Brother Paul’s defense. A demonstration supporting him was held in Iquitos, and at least one member of Congress wrote to Cabinet members questioning the expulsion order.

By July 6, more than 460 people had joined a Facebook page called “I don’t want Brother Paul to be expelled from Peru either.”