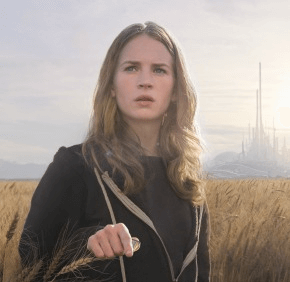 “In these days of world tensions, when the faith of men is being tested as never before, I am personally thankful that my parents taught me at a very early age to have a strong personal belief and reliance in the power of prayer for Divine inspiration.”

So wrote Walt Disney in an essay for Roland Gammon’s 1963 book, “Faith is a Star.”

Disney was a religious man, though not Catholic. But his optimism is matched by centuries of Catholic writing and teaching.

“Children are people, and they should have to reach to learn about things, to understand things, just as adults have to reach if they want to grow in mental stature,” Disney’s essay continued. “Life is composed of lights and shadows, and we would be untruthful, insincere and saccharine if we tried to pretend there were no shadows. Most things are good, and they are the strongest things; but there are evil things too, and you are not doing a child a favor by trying to shield him from reality. The important thing is to teach a child that good can always triumph over evil, and that is what our pictures attempt to do.”

In many ways, the Disney emphasis on light/shadow has slipped a little in the years since Walt died. But in the new movie, “Tomorrowland,” light/shadow and pessimism/optimism are on display in abundance.

In 1964, Young Frank Walker (played by Thomas Robinson) brings his jet pack, cobbled from vacuum cleaner parts and other oddities, to an inventors’ exhibit at the New York World’s Fair. The fair was the venue for several of Disney’s grandest ideas, including the Carousel of Progress and the ride that became “It’s a Small World,” which were later moved to Disneyland. In the movie, we hear the refrain “It’s a great big beautiful tomorrow” beckon optimistically.

The old and grizzled Frank Walker (George Clooney) believes the world is doomed. Riots, chaos, wars and hate seem to have overtaken the whole human race. Can humanity be saved?

Without giving away any spoilers, the movie reflects Walt’s early themes of triumph of good over evil. There is self-sacrifice to save the world. There are villains. And there are people of hope.

St. John Paul II acknowledged the dicey state of world affairs in 1994, when he previewed the upcoming Great Jubilee of the Year 2000 in “Tertio Millennio Adveniente” (“As the Third Millennium Draws Near”): “The basic attitude of hope, on the one hand encourages the Christian not to lose sight of the final goal which gives meaning and value to life, and on the other, offers solid and profound reasons for a daily commitment to transform reality in order to make it correspond to God’s plan” (TMA 46).

He further wrote, “There is also need for a better appreciation and understanding of the signs of hope present in the last part of this century, even though they often remain hidden from our eyes. In society in general, such signs of hope include: scientific, technological and especially medical progress in the service of human life. …”

We humans have the free will to act rightly and the power to make change in the world. We can be people of despair, or people of hope. “Most things are good, and they are the strongest things,” as Disney said.

Given the chance, hope will win.