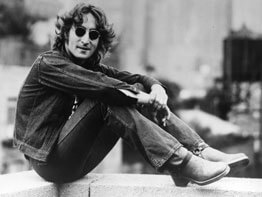 LONDON – British radio has broadcast an interview with John Lennon in which the late singer-composer claimed the Beatles were a Christian band that wanted to bring people closer to God.

In the interview, aired for the first time in the U.K., Mr. Lennon described himself as “one of Christ’s biggest fans.”

He claimed he was misunderstood when he said in 1966 that the Beatles were “more popular than Jesus,” and he expressed disappointment that he could not marry his second wife, Yoko Ono, in a church.

The interview was conducted in Montreal by the Canadian Broadcasting Corp. in 1969 when Mr. Lennon, who was raised an Anglican, was at a peace protest. Three years ago, National Museums Liverpool bought the interview, which was broadcast on British Broadcasting Corp. Radio Four’s Sunday program July 13.

The Liverpool-born musician was asked to clarify infamous remarks to the London Evening Standard newspaper in which he said that Christianity will “vanish and shrink” and might not outlast rock and roll.

Mr. Lennon said: “It’s just an expression meaning the Beatles seem to me to have more influence over youth than Christ.

“Now I wasn’t saying that was a good idea because I’m one of Christ’s biggest fans,” he said. “And if I can turn the focus of the Beatles on to Christ’s message, then that’s what we’re here to do.”

He said: “If the Beatles get on the side of Christ, which they always were, and let people know that, then maybe the churches won’t be full, but there’ll be a lot of Christians dancing in the dance halls.”

He said the he thought “community praying was probably very powerful” but that he was against “the hypocrisy and the hat-wearing and the socializing and the tea parties.”

He said he did not have a notion of a “physical heaven,” adding that “the kingdom of heaven is within you, Christ said, and I believe that.”

The interview was given the year Mr. Lennon quit the Beatles and embarked on a solo career that ended with his death in 1980 when he was shot by Mark Chapman in New York.