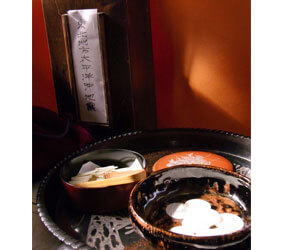 Junko Ito, a reporter for the Tokyo-based Catholic Weekly, filed this first-person report.

TOKYO – March 11, when we had the earthquake, I was in Nasu, Tochigi prefecture, which is in an inland area of northeastern Japan. It is 100 miles away from the area that was seriously damaged by the tsunami and earthquake.

I asked for a bed at a convent, the Congregation of Sisters of Bethany, and stayed there for three days because train service was postponed and there was no public transportation. Window glass was broken, TV sets had fallen down, books and broken dishes were scattered all over the place. Electricity and gas supplies were cut off.

It was very cold at night; we even had a light snow. Sisters were moving around with flashlights, saying “I’m freezing!” The aftershocks continued all night and the following days, too.

The next morning, the sisters went to the support facility for handicapped people, where they work. Members of the staff prepared and delivered emergency food. A sister said she found it difficult to take care of some of the handicapped because they were so confused with the unusual situation.

One sister drove to the neighbor’s to check the damage. Most of the gas stations were closed, and people were anxious about how much gas remained.

The third day, March 13 was Sunday. People – about 30, the usual number – got together at the Nasu church for Mass. The chapel was not so damaged.

A contribution box for the most damaged area was set at the entrance. Two young men will be baptized at Easter so, during the Mass, people prayed for victims and the young men. They shared their experience about the earthquake and encouraged each other, too.