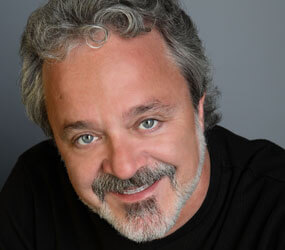 WASHINGTON – Jim Cummings didn’t exactly study his chosen career field during his 12 years of Catholic schooling, but he certainly honed his craft.

The thrice-Emmy-nominated voice actor was a relentless mimic when going to Immaculate Conception and St. Columba grade schools and Ursuline High School, all in Youngstown, Ohio.

“I’d be doing dolphin sounds in the background,” Cummings recalled during a July 22 telephone interview from Los Angeles with Catholic News Service. Cummings then proceeded to do some dolphin clicks and chatter straight out of the old “Flipper” TV series.

Cummings, a member of St. Jude Parish in Los Angeles, got reprimanded over the course of his scholastic career for his mimicry. But he doesn’t hold it against his teachers or principals. The feeling is apparently mutual.

“I have a scholarship at my old school in my dad’s name, so they don’t seem to mind me anymore,” Cummings said.

It wasn’t all trips to the principal’s office for Cummings. He also parlayed his talents into championships for Ursuline during state and regional speech and oratory contests.

Cummings has been plying his trade for 20 years in Hollywood. He’s been involved in more than 300 different animation projects, performing multiple voices on many of the shows, according to the Internet Movie Database.

He’s up for a Daytime Emmy for outstanding performer in an animated program for his work on the series “My Friends Tigger & Pooh” – although he’s up against bigger names such as Joan Rivers, Amy Poehler and Vanessa Williams.

You probably wouldn’t know him if you saw him. Because he has been a voice actor, his face has rarely been on screen. “I’m a stealth celebrity,” he joked.

Cummings created the voice of title character Darkwing Duck, a popular Disney cartoon series of the 1990s. He also has moved into more hallowed territory, taking on the voice of Taz, the Tasmanian Devil originally voiced by cartoondom’s original man of a thousand voices, Mel Blanc, but also the voices of Tigger and Winnie the Pooh, the latter’s voice originally done by actor Sterling Holloway.

It’s a challenge to stay true to the voice created by another actor a generation or two earlier, Cummings admitted.

One of his biggest challenges was to record practically every conceivable child’s name for a talking Winnie the Pooh toy. “Esquire magazine gave it a prize for ‘most interesting name’: My Interactive Pooh,” Cummings told CNS.

At the end of a long day, when Cummings said he must have done “25,000 names where Winnie the Pooh would mention your name,” he came home, answered the phone when it rang, and slipped into his Pooh voice. It’s been the only time he’s slipped into character when he wasn’t supposed to play one, he said.

One of Cumming’s upcoming projects will hit the silver screen later this year. It’s a new Disney movie called “The Princess and the Frog,” in which Cummings plays a frog with a Cajun accent named Ray. The project – which also features the voice talents of Oprah Winfrey, John Goodman and Terrence Howard – will be Disney’s first cartoon movie to feature African-American lead characters.

“It’s a steady gig,” Cummings noted, and if he has any regret, it’s for being too sick to audition 20 years ago when a new cartoon series called “The Simpsons” was auditioning actors who could do multiple voices. “Other than that one, I’m a happy camper. I don’t look back in frustration and anger,” he said. “I hope for the best, expect the worst, and take what comes.”

Cummings’ TV debut came much earlier than his online resume would suggest.

“I was in sixth grade and I remember that Mother Rosemary – who was going to be my speech teacher (in high school) and sort of one of the great shining lights of our scholastic career – she had written and directed a play that they had put on television,” he said. “It was called ‘The Catholic School Story.’ It was in black and white and I didn’t know what to do with myself, I was so happy.”

Another Ursuline grad also performed in the TV special and went on to bigger and better things: Ed O’Neill, who, even after it’s been off the air for a dozen years, is probably still best known for playing put-upon dad Al Bundy in the TV sitcom “Married With Children.”

“I keep meaning whenever I run into him to say I suspect we made our TV debut together. He was a senior in high school,” Cummings said. “Ed played Father O’Neill and I played the cute little kid.”