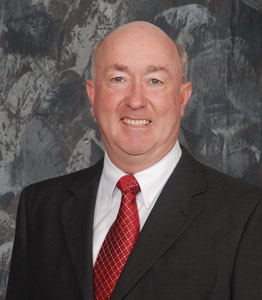 Kevin Healey made his way through a room full of Baltimore Blast sponsors inside 1st Mariner Arena Feb. 20, shaking hands with nearly every one.

The 52-year-old president and general manager of the Blast, one of indoor soccer’s most successful franchises, was sincerely happy to be in the moment. The game and Baltimore have been good to the Maryland Soccer Hall of Famer and his family.

“Everything I’ve ever done was done here in Baltimore,” Mr. Healey said with a smile.

His team, including his rookie son Patrick, took the field an hour later to play the Rockford Rampage. More than 6,000 fans watched as the Blast held on for a 9-4 victory.

The Blast have become a main winter sports attraction, drawing bigger crowds than the Division I college basketball teams within the Archdiocese of Baltimore. The team averages 7,551 fans at home, thanks to the vision of Mr. Healey and owner Ed Hale. Working the sponsor room is just one of Mr. Healey’s many tasks.

“I love the challenge,” he said of promoting the game in the U.S., “because soccer has not been successful off the field. I’m a competitive guy. I love to win championships. We have the challenge every night to get the crowds into the building.”

Now living in Bel Air, he grew up as a parishioner in St. Rita in Dundalk and also graduated from its since-closed school. It was a place of formation for Mr. Healey, who married his wife Dawn there in 1978. In addition to son Patrick, they have a daughter, Allison, who graduated from The Catholic High School of Baltimore.

Both children attended school at St. Margaret in Bel Air, their home parish.

“We believe in that education and that discipline that you’re going to get there,” Mr. Healey said of Catholic schools. “You learn about religion at the same time.”

Patrick was a third-generation graduate of Calvert Hall College High School in Towson.

“I always wanted to go to Calvert Hall,” said Patrick, who also starred for Towson University. “It’s just trying to keep up the family legacy, and hopefully I’ll make him (his father) proud.”

Patrick’s grandfather, the late F. Patrick Healey, is also a member of the Maryland Soccer Hall of Fame, having played and coached at Calvert Hall.

Mr. Healey has an impressive resume himself. In addition to being the architect of four Blast league championship teams in the last decade, he has also coached local youth and senior teams to 12 national titles, including four for the Baltimore Bays in the last three years.

His on-field success includes helping Loyola College in Maryland win an NCAA Division II championship in 1976, his junior season with the Greyhounds. At the time, the rivalry between Loyola and the University of Baltimore was among the best in the nation.

“It was a very exciting time back then,” Mr. Healey remembered. “We were always in it. That Loyola team was so close … it was something special.”

Mr. Healey’s career has been full of joyous moments, perhaps none resonating more than when Patrick put on a Blast jersey for the first time this season.

“I sent him a text message that day, and I was crying as I sent it, telling him how special he was to me,” Mr. Healey said. “He’s been around it his whole life, and I needed him to know how special that day was for me.”

The son felt the same way.

“He always speaks up for his family,” Patrick said. “He’s a very public figure, but you wouldn’t know it. He’s so humble.”