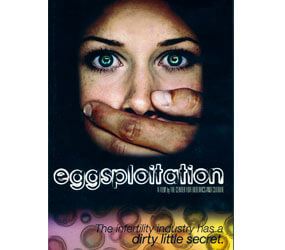 ROCHESTER, N.Y. – Ethical and health concerns have long spurred Catholic and other pro-life activists to decry medical and scientific procedures involving the harvesting of women’s eggs.

Such concerns have only grown deeper in 2010 because of the very real possibility of public funds being put toward big-cash payments for women who sell their eggs to the state.

Since the early 1990s, the United States has been one of the few countries in which a woman can legally sell eggs harvested from her body to be used for reproduction by in vitro fertilization. Though such arrangements commonly are called egg “donation,” in reality they involve the selling of eggs, since prospective parents typically purchase the eggs and cover the donor’s medical expenses.

Now, New York state has taken this arrangement to a new level, thanks to legislation passed in June 2009 making it the first state to approve using taxpayer money to buy human eggs to use for research on cloned embryos.

The United States is the only country in the world that permits this, noted Jann Armantrout, coordinator of life issues for the Rochester Diocese. A woman can potentially earn several thousand dollars for selling her eggs, either for reproductive or research purposes.

Using taxpayer money to buy human eggs was the basis for a lawsuit brought in October 2009 by the advocacy group Feminists Choosing Life of New York against the Empire State Stem Cell Board, which is charged with implementing the 2009 legislation.

In August, acting State Supreme Court Justice Roger D. McDonough rejected the advocacy group’s suit, concluding that the eggs-for-pay program can’t be challenged until a donor is injured and files her own lawsuit.

Within days of McDonough’s ruling, Feminists Choosing Life began the appeal process. Jean Baric, an advisory board member, said the organization’s appeal will be heard in the months ahead.

“We think it is silly to wait until a woman suffers a negative consequence from this program before this lawsuit can be brought,” Baric told the Catholic Courier, newspaper of the Rochester Diocese.

Feminists Choosing Life contends the program would unfairly target young women lured by the promise of large payments but who are not made aware of egg harvesting’s health hazards arising from high doses of fertility drugs necessary to produce numerous eggs, egg-retrieval surgery or both.

“We’re very pleased that Feminists Choosing Life is pursuing the dignity, well-being and health of women by pursuing their complaint,” Armantrout said.

Baric described egg donation as a highly unregulated industry that has no federal guidelines and does not do adequate research on the aftereffects of egg donation.

“It’s known as the Wild West of medicine,” remarked Baric, a member of St. Louis Parish in Pittsford.

She said actual payment for eggs in New York likely has not begun because of the lengthy application process involved, and hopes that Feminists Choosing Life’s appeal succeeds before any money changes hands.

“New York state has gone over an ethical barrier,” Baric said. “We feel like we’re taking a stand for the whole country, to stop this in its tracks.”

Similar concerns are raised in the documentary “Eggsploitation,” a 40-minute independent film released July 28.The film centers on interviews with three young, highly educated women in California who claim they sold their eggs to infertility clinics and nearly died as a result.

Armantrout lauded “Eggsploitation,” saying that whether eggs are donated for the purpose of creating babies or for conducting research on embryos, the process involves women risking their health for cash and deserves serious scrutiny.

Information about purchasing a DVD copy of the documentary “Eggsploitation” can be found at www.eggsploitation.com.