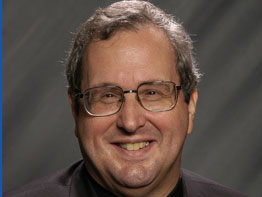 SPOKANE, Wash. – Jesuit Father Robert J. Spitzer, president of Gonzaga University, announced March 17 that he plans to leave his post in July 2009 and will work with the school’s board of trustees to initiate a transition in leadership at the Jesuit-run university.

Father Spitzer, a graduate of Gonzaga, has been its president for the past 10 years, overseeing growth in the university’s facilities, enrollment, fundraising, technology and mission programs.

“The university has made considerable progress during the past 10 years and now enjoys a momentum which will catalyze even further progress,” Father Spitzer said. “I believe that transitions are best made during times of real advance rather than times of crisis or neutrality, and so I believe that this is an ideal time to begin the transition process.”

During his tenure, enrollment at the university has increased along with the annual budget. Several construction projects also took place totaling more than $200 million.

In a letter to the Gonzaga community about his resignation, Father Spitzer said that after a new president is in place he plans to keep up his relationship with the school and continue to write and do presentations on ethics, faith, leadership, metaphysics and philosophy.

“It has been a real privilege to work with all of you, and more importantly, to share in the faith, hope, friendship and love that you aspire to bring to one another and to the world,” he said in his March 17 letter.

The Gonzaga president has written several books and articles. He also founded or co-founded five institutes of higher education including: Colleagues in Jesuit Business Education and the Gonzaga Institute of Ethics, at Gonzaga; the Center for Life Principles, in Redmond, Wash.; and Philosophical Foundations of Physics and University Faculty for Life, both at Georgetown University.