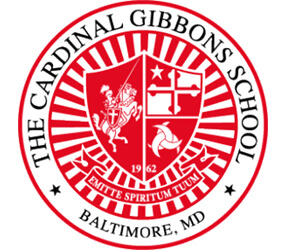 A previously announced plan that would have resulted in The Cardinal Gibbons School and The Seton Keough High School sharing a president has been placed on hold.

In addition, the all-boys Cardinal Gibbons School will not have a sixth and seventh grade class in the fall due to low enrollment. Only 12 students were expected in those grades, according to principal David Brown.

Archbishop Edwin F. O’Brien made the decision to enact the changes, Brown said.

“This is really a reflection of tough economic times,” Brown said. “We simply did not have the numbers for a middle school.”

Gibbons will maintain an eighth grade for the next school year and revert to Cardinal Gibbons High School in the fall of 2010. The middle school opened in 1988, Brown said.

Brown remains confident in the long-term stability of the school, which anticipates 298 students enrolled this fall for eighth through 12th grades.

“This is a well-loved school that is very near and dear to everyone’s hearts,” Brown told The Catholic Review. “We’re stabilizing the school.”

Gibbons and the all-girls Seton Keough sent letters to families in early June, explaining the changes. The neighboring schools along Caton Avenue in southwest Baltimore were slated to share a president, development director and a finance director while maintaining their independent single-gender identity.

“Every effort will be made to place those enrolled in grades 6 and 7 in other Catholic schools, and we would welcome them back to Cardinal Gibbons as ninth-graders and hope they consider that option,” Brown wrote in his letter.

“Some of these decisions have been very difficult to make, but all were made with the intention of making Cardinal Gibbons School strong and more sustainable in the future,” Brown wrote.

Brown will remain principal and Brother Kevin Strong will remain president emeritus. He is a member of the Brothers of Christian Schools, whose education network includes Gibbons.

Sister Patricia Anne Bossle, a Daughter of Charity, is expected to remain Seton Keough’s president in the coming year.

Brown confirmed that the shared administration model will continue to be explored in the next school year.

The schools announced the plan to share administration leaders in March, after they had completed a report that was later sent to the archbishop.

The archbishop encouraged the schools to share resources, some classes and faculty. The original partnership between Gibbons and Seton Keough included such a plan.

“The impact of sharing our resources and new program initiatives will provide immediate long-term opportunities for the Seton Keough students and general operations of our school community,” wrote Sister Patricia Anne and principal Dennis Meehan to Seton Keough families.

Sister Patricia Anne declined to comment to The Catholic Review.

Seton Keough has taken part in a successful engineering and science program called Project Lead the Way. The partnership with St. Agnes Hospital Healthcare has been extended to Cardinal Gibbons as well.

Brown said students were excited about the opportunity.

Gibbons’ principal said rumors of his school’s demise have been around for decades. He said skeptics were proven wrong before and will be again.

“We’re strong and viable,” Brown told The Catholic Review. “I think we’re going to watch Cardinal Gibbons grow in the next couple of years at the high school level.”