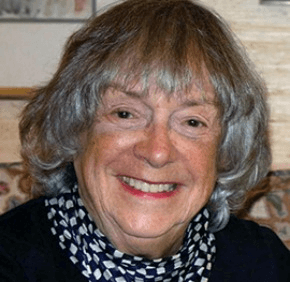 By Catholic Review Staff
Thanks to a $2 million planned gift from a longtime educator, Loyola University Maryland will create endowed scholarships in education and the sciences for undergraduate and graduate students.
The planned gift – the largest by an employee in Loyola’s history – was bequeathed by Mary Hyman, former coordinator for 26 years of science education programs and the Institute for Child Care Education with Loyola University Maryland’s School of Education.
“Loyola has been an important part of my life for 26 years, and it has been a joy to interact with so many dedicated people at the University. I don’t think I could have worked for a better place,” Hyman said in a news release from the university. “It is also heartwarming to hear alumni and others speak highly of Loyola out in the larger community. The striving for academic excellence and the concern for individuals is apparent in many facets of Loyola’s achievements.”
Upon Mary Hyman’s death, four scholarships – for undergraduates, graduates and research opportunities – will be established with assets bequeathed to Loyola from The Sigmund M. Hyman Foundation, named for her husband, who died in 2002.
The first $1 million will endow The Mary B. and Sigmund M. Hyman Scholarship Fund, with scholarships given each year to students majoring in the natural and applied sciences.
The next $200,000 of the gift will endow The Sigmund M. and Mary B. Hyman Fellowship Fund, which will annually award a fellowship to a graduate student in the School of Education whose concentration is a master of arts in teaching. Preference will be given to those pursuing a secondary science teaching degree.
Of the remaining balance, half will establish The Sigmund M. and Mary B. Hyman Fund in the Natural and Applied Sciences, for annual scholarships to academically talented students pursuing degrees in such areas.
The remainder will create The Sigmund M. and Mary B. Hyman Summer Fellows Fund, to support summer research opportunities for students in the natural and applied sciences.
Including Hyman’s gift, Loyola’s $100 million Bright Minds, Bold Hearts comprehensive campaign has raised more than $72 million to date for strategic academic, service and experiential programs and initiatives at the university.
“I am extraordinarily grateful to Mary for generously supporting Loyola and for her service as an influential, collaborative member of our community for nearly a generation,” said Terrence M. Sawyer, vice president for advancement. “She and The Hyman Foundation are making a significant financial commitment to academic areas that are increasingly valuable to our world, further positioning Loyola as a Jesuit university of distinction for exceptional students aspiring to leadership roles in tremendously competitive fields.”
Hyman, a Stevenson resident, retired in August 2016. Prior to that, she worked at the Maryland Science Center for 20 years. She hopes her gift will attract more talented science students to Loyola.
An alumna of Goucher College in Towson, she earned a bachelor’s degree in sociology and anthropology. She earned a master’s degree in adult education from Johns Hopkins University in Baltimore.
Hyman currently serves on the Baltimore Museum of Art board, Maryland Science Center Scientific and Educational Council, The Johns Hopkins Center for Talented Youth, Goucher College Board of Trustees and The Franklin and Marshall Advisory Board.