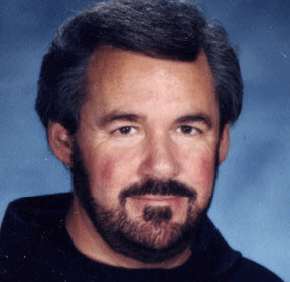 “His heart failed him, but he never failed us,” said Mission Helper of the Sacred Heart Sister Susan Engel, speaking on behalf of the parish staff at Annunciation where she is pastoral associate. “He was a spiritual leader beloved by all.”

Sister Susan said people were quite attentive during Father Walsh’s homilies, partially because Father Thomas would quiz everyone on the readings.

“He got to the point and he made the Scriptures come alive today,” she said. “He gave us spiritual motivation.”

She described the priest as “another St. Francis.”

“He would have brought birds into the church if he could,” she said. “He was great at bringing in trees and plants and had a great respect for creation, not only for God’s people, but for every little creature.

“Everyone is in shock,” she said of the pastor’s sudden passing. “He fed us spiritually and the people feel as though they are in famine.”

Father James McCurry, provincial of the Franciscan Friars Conventual, said Father Walsh was ordained in 1976. He served at Archbishop Curley High School, as a teacher in religious studies and English, and later as a guidance counselor. A school spokesman said he was the longest-serving friar in the school’s history, from 1975 to 1976 and from 1980-2005 (26 years). From 2005-09, he served as parochial vicar of St. Clement Mary Hofbauer in Rosedale while assisting at Annunciation. He became pastor of Church of the Annunciation July 1, 2009. He also worked part time as a chaplain for Johns Hopkins Hospital.

Father McCurry said Father Walsh was thought of warmly by all the Franciscans.

“He had an endearing, fraternal charity that made him a vital part of our Franciscan community,” he said.

Conventual Franciscan Father Michael Heinie first met Father Walsh in 1985 when they were both teachers at Archbishop Curley.

“He was just a great example of a humble friar who loved to do things and not be recognized,” said Father Heinie, who ministers at St. Joseph Cupertino Friary in Ellicott City and will deliver the homily for his longtime friend.

He spoke of Father Walsh’s “beautiful” fish tanks and how the priest would use them to help relax students who came to the guidance office at Archbishop Curley.

“This nature lover used his ‘hobby’ to safeguard God’s greatest creation, the young men of Curley, their families, the patients at Hopkins, the good people of St. Clement and Annunciation.”

Father Heinie said Father Walsh was extremely devoted to his family, caring for his mother in the last years of her life.

“He was a great example of a devoted son,” Father Heinie said.