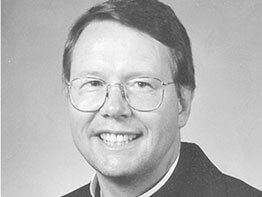 After five years as pastor of St. Paul in Ellicott City, Father Michael Jendrek is taking on a new role as the pastor of St. Ignatius in Ijamsville. Archbishop Edwin O’Brien made the appointment, which is effective April 5.

“I’m sad about leaving the people who I’ve grown to love over these last few years,” he said. “But I’m excited about new challenges at St. Ignatius. I’ll have to learn new names.”

Father Jendrek said he recently attended a Mass at his new parish to get a sense of the community, finding it to be “a very friendly congregation.”

“I’m not coming with any preconceived ideas,” said Father Jendrek. “I’m going to spend a lot of time listening and watching and learning.”

The new pastor said he tries to invite parishioners to get involved in the life of their faith community.

“I always remember that the parish is theirs, not mine,” he said. “They are going to be here long after I’m gone.”

St. Ignatius is a steadily growing faith community in Frederick County made up of 1,250 registered families – about 300 more families than are registered at St. Paul.