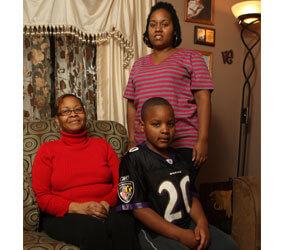 Already the mother of a 3-year-old son, Denise Crowe didn’t think she could afford another child when she was suddenly faced with an unplanned pregnancy. Fearing that her unborn baby would have the same developmental disabilities as her son, the 21-year-old Baltimore woman turned to a Severna Park abortion clinic.

She did not come out alive.

Dr. Romeo Ferrer, the doctor who performed the abortion on Feb. 3, 2006, administered too much anesthesia. According to later findings by the Maryland State Board of Physicians, Ferrer also failed to give his patient supplemental oxygen. Crowe, who was 16 weeks into her pregnancy, was taken to the Anne Arundel Medical Center and declared dead only two hours after the abortion began.

The Maryland State Board of Physicians stripped Ferrer of his medical license late last year after investigating the incident. Stephanie White, the victim’s mother, sued Ferrer for malpractice and is now working with the Maryland Catholic Conference to pass a law that would require abortion clinics in Maryland to be regulated as ambulatory surgical facilities. Current law regulates clinics only as doctor’s offices.

The Catholic Church teaches that human life must be respected and “protected absolutely from the moment of conception,” according to the catechism.

“I don’t want to see a doctor do that and get away with it ever again,” said White, sitting in her Brooklyn living room a week before she was scheduled to testify March 2 in Annapolis in favor of Senate Bill 505. Sponsored by Republican Sen. Nancy Jacobs of Carroll and Cecil counties and Democratic Sen. James DeGrange Sr. of Anne Arundel County, the bill would strengthen the regulation of abortion clinics.

“It tore my family apart,” White said, “and I don’t want to see anyone else go through this.”

‘Not just pulling a tooth’

White didn’t know her daughter was pregnant. They had both worked at the Department of Motor Vehicles when Crowe told her mother she had a cold and was staying home that February day. The last thing White told her daughter was how much she loved her and how proud she was that she had recently found her own home.

Even though she is going blind, White is now raising her grandson, 8-year-old Latrell A. Royster Jr. The boy had been slow to develop speech, White said, but is now making great strides. The loss of his mother has been devastating.

“He cried for almost two years on the third of the month when his mother died,” White said. “He slept with me. I would wake up and he would be sweating. He’d be calling for her.”

The only thing White could do for the grieving boy was “love him as much as I could,” she said.

White believes it’s not possible to outlaw abortion, but she said it should at least be regulated to make it less likely that other women will die.

“If a person is going to have one,” she said, “you want them to have a safe one.”

White is also a strong proponent of educating women about the risks involved in the procedure.

“It’s not just pulling a tooth and going home,” she said. “If they go to these places, they could die. They could get mutilated. Something could happen with their body parts that they might not function afterward.”

Paltell noted that Steven Brigham, a New Jersey doctor who had lost his medical license in several states and wasn’t licensed in Maryland, brought women into Maryland for late-term abortions at his Elkton clinic because of the state’s lax abortion laws.

During an abortion of a 21-week-old fetus, a woman was severely injured at the Elkton center. Because the clinic was not regulated as an ambulatory surgical facility, the bleeding woman was driven to a hospital in a personal vehicle rather than an ambulance.

“The very reason he chose Maryland was because Maryland doesn’t regulate abortion clinics as surgical facilities,” Paltell said. “He couldn’t do it in New Jersey, so he had patients drive 60 miles to Maryland where he knew he would not be subject to these kinds of regulations.”

The regulations that would be called for in the Senate bill would cover basic health and safety issues, Paltell said.

“We’re talking about having a defibrillator, having assistants administer oxygen, having an anesthesiologist there if you’re administering anesthesia, reviewing your protocols, making sure your people are trained,” Paltell said, “All these basic things are covered under ambulatory surgical facility regulations, but are absent from a typical doctor’s office where they are not performing invasive surgery.”

Paltell said she expected bill opponents to argue that the measure unfairly singles out abortion clinics for regulation.

“That’s completely fallacious,” she said. “We’re trying to make abortion so it’s not singled out. Bring abortion into the fold of every other invasive surgery that has these risks.”

White, a member of Bethany Baptist Church in Brooklyn who describes herself as an evangelist, said her Christian faith has sustained her throughout her ordeal. She has forgiven the abortionist for what happened to her daughter.

“I forgave him that day,” she said. “I prayed for him and I forgave him because I know what it does to you if you don’t forgive.”

The death of her daughter opened a hole in her heart, White said.

“I asked the Lord to heal it,” White explained, “but not close it all the way so that I can minister out of it.”

White has spoken to many young pregnant women and encouraged them to have their babies. Abortion cuts across all races and has become a form of birth control, she said.

“People don’t think twice about what could happen to them,” said White, who speculated that her daughter didn’t tell her about having an abortion because she knew her mother would talk her out of it.

Tieya Parker, Crowe’s older sister, said life hasn’t been the same without her sister, who was about to go back to college. Her death affected her mother, her son, her sister and a large network of friends.

“Denise was full of life,” Parker said. “She had a lot of goals and ambitions. She was doing great. It was very hard to see someone go so young.”

Parker, who was also to testify in Annapolis in support of better abortion clinic regulations, said she prays that Maryland’s laws will change.

Gently holding color photographs of her smiling daughter as her grandson played in another room, White said she sees her daughter in Latrell. Their bond is unbreakable, she said.

“He told me that Denise is gone,” she said, “but Stephanie White is his mother now.”

Visit www.catholicreview.org/matysekblog for a video report on the White story.