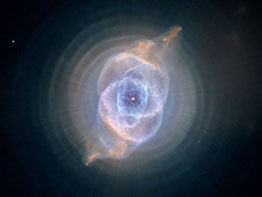 VATICAN CITY – The Vatican newspaper ran an illustration of a chimpanzee in late January.

The odd thing about this chimp was that he was urbanely dressed in a sweater, tie and straw hat and looked as if he might be striding across the lawn at Oxford.

The image was a grabber, though it didn’t have much to do with the accompanying article, a lengthy exposition of how evolution can be considered a means of divine creation.

“Evolution and creation cannot be in opposition. God can have created a world with the capacity to change and evolve through natural causes,” it said.

The article, by Italian biologist Fiorenzo Facchini, was another element of a debate that has kept percolating to the surface under Pope Benedict XVI.

In commentaries, papal speeches, scientific conferences and philosophical exchanges, the Vatican has been focusing more and more on the relationship between God and evolution.

From the outside, this may seem a reaction to the U.S. debate over creationism versus evolution, but it really has as much or more to do with the pope’s interest in defining the legitimate spheres of science and faith.

Pope Benedict has weighed in several times on evolution, essentially endorsing it as the “how” of creation but cautioning that evolutionary theory cannot exclude a divine cause.

And yet, many people are under the vague impression that this pope has rejected evolution, or is getting ready to, or has serious objections to the science involved.

When a group of professors protested the pope’s planned – and ultimately canceled – visit to Rome’s Sapienza University, some said it was because they viewed the pope as a critic of Darwinian theory.

It probably doesn’t help that the pope has shown a fondness for the phrase “intelligent design.” He uses it to describe the idea that, whatever the biological processes involved, the natural world as a whole appears to witness to a divine creator.

That’s not the same as the concept of a designer God intervening at particular points in natural development, however.

A correct understanding of evolution seemed to be on the pope’s mind from the beginning of his pontificate. At his inaugural Mass in 2005, he said the existence of man can never be fully explained by a scientific process.

“We are not some casual and meaningless product of evolution. Each of us is the result of a thought of God,” he said.

In his recent encyclical on Christian hope, the pope returned to that theme, saying a personal God ultimately governs the world and “not the laws of matter or evolution.”

In 2006, the pope made evolution the topic of his annual encounter with his former graduate students. That fueled even more speculation that the pontiff was planning a shift in the church’s position on evolution; nothing of the sort happened.

This year, the Vatican is preparing its most systematic look yet at the question, in an Oct. 31-Nov. 4 conference sponsored by the Pontifical Academy of Sciences on the theme “Scientific Insights Into the Evolution of the Universe and of Life.”

According to a draft booklet on the conference, the program features several Nobel Prize winners and guarantees a fascinating session: The famed physicist Stephen W. Hawking will talk on the origin and destiny of the universe; Swiss chemist Albert Eschenmoser will discuss the search for the chemistry of life’s origin; U.S. biologist David Baltimore will examine evolution at the genetic level; and Greek biologist Fotis Kafatos will speak on evolution and the insect world.

Those addressing the theological and philosophical aspects of evolution include Italian Cardinal Carlo Maria Martini, who will discuss evolution from a biblical perspective, and Father Stanley L. Jaki, a professor of physics and the philosophy of science at Seton Hall University in New Jersey, who will speak on evolution as science and ideology.

Lest there be any doubt about Pope Benedict’s views, the academy has prefaced its booklet with a lengthy papal quotation from last July.

“I see in Germany, but also in the United States, a somewhat fierce debate raging between so-called ‘creationism’ and evolutionism, presented as though they were mutually exclusive alternatives: Those who believe in the creator would not be able to conceive of evolution, and those who instead support evolution would have to exclude God,” the pope said.

“This antithesis is absurd because, on the one hand, there are so many scientific proofs in favor of evolution which appears to be a reality we can see and which enriches our knowledge of life and being as such. But on the other, the doctrine of evolution does not answer every query, especially the great philosophical question: Where does everything come from? And how did everything start which ultimately led to man?” he said.

The pope is scheduled to meet with participants toward the end of the conference. Then, according to the tentative program, participants will gather to hear a final presentation titled “The Latest Challenge to Evolution: Intelligent Design.”