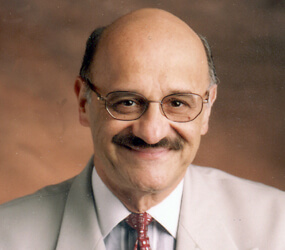 Dr. Ronald J. Valenti is stepping down as superintendent of Catholic schools after nearly 20 years of service in the Division of Schools. He plans to pursue other opportunities in the field of education and will mark his last day as superintendent June 30, 2010.

The 66-year-old parishioner of St. Mark in Fallston said the time is right for new leadership as the Archbishop’s Blue Ribbon Committee on Schools develops a strategic plan for the future of Catholic education.

“As the plan unfolds, there is a need for a new perspective and a different lens,” said Dr. Valenti in an interview with The Catholic Review three day prior to the Nov. 9 announcement of the transition.

“It has been a difficult decision for me,” he said. “I realize that there’s a time in one’s life – professional or otherwise – when you realize you’ve done what you’ve done and that it’s time to look at other opportunities and challenges.”

Dr. Valenti noted that he has received “quite a few offers” to serve in other parts of the country and plans to weigh his options in the coming months.

“I have been up and down the East Coast and he really is a resource that everyone turns to and we have turned to as well,” Archbishop O’Brien told The Catholic Review. “The Catholic school system is going to miss him, but still be grateful for the contributions he has made, not just to us, but to Catholic education throughout the country.”

A search committee will be formed to find a successor, said Archbishop O’Brien, adding that the Blue Ribbon Committee is examining the overall administrative structure of the education system.

“I would think that by the opening of the next school year and hopefully well before then, we’ll have someone in place,” he said.

Cardinal William H. Keeler hired Dr. Valenti as the secretary of education in 1990 before appointing him superintendent two years later. Among his accomplishments during his tenure, the Philadelphia native oversaw the establishment of the PRIDE program for children with special needs and required that all schools be accredited by the Middle States Association.

Dr. Valenti’s leadership led to the development of PowerSchool, a web-based system that tracks students’ grades and other records. He also was instrumental in launching Operation TEACH, a teacher recruitment and training initiative in cooperation with the College of Notre Dame of Maryland.

Curriculum mapping was introduced during the superintendent’s tenure, as was the biennial “Celebration of the Arts” at the Meyerhoff Symphony Hall in Baltimore to highlight the artistic talent of Catholic school students.

Dr. Valenti was regarded as a passionate advocate for Catholic education, often speaking at rallies in support of state aid for Catholic school students and teachers. He frequently arrived at work before 5 a.m. each morning.

“I’m proud of what we accomplished with professionals who shared a vision,” Dr. Valenti said. “I’ve been surrounded by wonderful, wonderful individuals who understand the mission and ministries of the church and who are well acclaimed throughout the country.”

The superintendent, a former teacher and administrator in the Philadelphia Catholic school system for 25 years, said he worked hard to be a collaborative leader in Baltimore as executive director of the Department of Catholic Education Ministries. He established the collaborative council and the secondary executive committee.

But declining enrollment and rising tuition also led to the closing of approximately 20 schools, a process Dr. Valenti called “the most painful and anguishing” of anything he had to do.

“No matter all the accomplishments that may have been achieved, what people remember the most is what you did by closing,” he said. “And that’s painful.”

“We made those hard decisions within the context of assuring that Catholic education is there for our children and our children’s children,” he said. “We know there has to be some change if we are going to remain viable.”

Dr. Valenti remains optimistic about the future of Catholic education in the Baltimore archdiocese.

“I’m sure another person will come in with the same enthusiasm and passion,” he said. “That’s healthy for the organization and hopefully it will bring us to another level.”