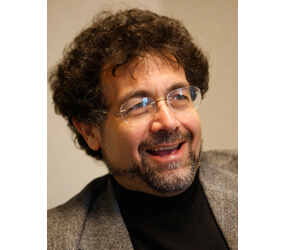 WASHINGTON – Paulist Father Frank Desiderio sensed something was happening at the very first public screening last year of his documentary feature on forgiveness, “The Big Question.”

Still, it seemed impractical to have a priest offering the sacrament of reconciliation outside each theater at the end of every showing of “The Big Question.”

Father Desiderio, a priest for 27 years, has responded with parish forgiveness retreats and missions that can last part of one day or stretch out to three or even four days. More details can be found online at www.forgivenessretreats.org.

In September, the priest resigned as president and executive producer of Paulist Productions, a post he had held since 2000, to develop the retreats and missions.

“I can come across different models of teaching people how to forgive,” Father Desiderio said. “I researched it, and blended it with the Gospel message, particularly the story of the unforgiving servant in (the Gospel of) Matthew” in which a servant, having just been forgiven an unpayable debt to his master, has another debtor thrown into jail for not paying a debt owed to the servant.”

“Forgiveness is mandated for the Christian,” the priest told Catholic News Service in an Oct. 8 telephone interview from Los Angeles.

“In Matthew’s Gospel after Jesus teaches the Lord’s Prayer, he immediately follows that up with, ‘If you don’t forgive from your heart then God’s not going to forgive you,’“ he said. “But then it gets complicated, because there’s the question of justice. You don’t want to forgive bad behavior. Forgiveness completes justice, it doesn’t jump over it. Justice is about righting wrongs, forgiveness is about healing hurts.”

What Father Desiderio wants is for “people to live in peace,” he said, adding that forgiveness and reconciliation are two different things. “Reconciliation is a two-way street. Forgiveness is a one-way street.”

He gave his take on people who suffer a hurt grievous enough to make news and very quickly proclaim that they’ve forgiven the person who committed the hurt.

“There’s two kinds of forgiveness. There’s a decision to forgive, and then there’s emotional forgiveness – the working to forgive someone where you’re no longer feeling grief over the loss of someone, you’re no longer feeling anger over the loss of someone,” Father Desiderio said. “Depending on the size of the hurt, it could take months or years to get into that state of mind.”

The priest calls himself a “sole practitioner” as the forgiveness retreats are just getting off the ground.

“Everything I’m doing is kind of backed up with Scripture, but I’m certainly using the insights that have been gleaned from about 10 years of psychological and scientific research – what happens to the body when you forgive,” he said. “I would certainly welcome help from people who are better skilled in the medical or psychological aspects of this.”