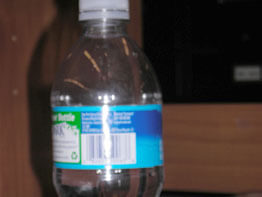 Fitness gurus have said it so many times and with such certainty that it almost seems like a given: Drink eight 8-ounce glasses of water a day for good health.

But is it really necessary to down that much water?

Dr. Mercy Preethi Jackson, a primary care physician with St. Agnes Hospital in Baltimore, recommends that most people drink four to six 8-ounce glasses of water a day – although extremely active people, like marathon runners or those exposed to the heat, would need to drink more, she said.

“It’s very important to keep hydrated,” said Dr. Jackson. “Other fluids, like sodas and juices, have a lot of calories and artificial sweeteners. It’s better staying with water, which is pure and easy to digest.”

Water is the best fluid because “it’s the closest to what our cells are made up of,” she added.

About 50-70 percent of an adult’s body weight and about 70-80 percent of a child’s weight is made up of water, according to Dr. Jackson.

Staying hydrated is important for the kidneys to function properly. Water is needed to help excrete waste, Dr. Jackson said.

One way to tell if a person isn’t getting enough water is to examine the color of urine and the frequency of urination. A person with darker urine who does not urinate several times a day is often suffering from dehydration, Dr. Jackson said.

“If you are keeping well hydrated, the body will let go of more fluid, and it will be more light-colored,” she explained.

“That’s the first thing that’s affected,” she said. “The elasticity of the skin is lost.”

Dr. Jackson noted that water is lost through perspiration and that it is important to replenish lost fluid. Someone who is exercising or who has diarrhea will also lose salt, she said, so sports drinks with electrolytes are important to drink in those cases.

“It’s the safest thing you can drink,” she said. “We need to pay more attention to the fluids we take in every day.”