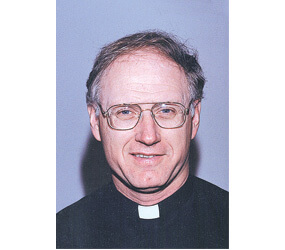 When Monsignor John A. Dietzenbach becomes pastor of Church of the Resurrection in Ellicott City July 1, it will be the latest stop in a priestly career that has given him insight into several corners of the Archdiocese of Baltimore.

Ordained in 1980, he spent two years at what is now New All Saints in Liberty Heights, then five years as associate pastor of St. Elizabeth of Hungary in Highlandtown. His next stop, also as an associate pastor, was at St. Stephen in Bradshaw.

From 1994 until the present, Monsignor Dietzenbach served as pastor of St. Peter the Apostle in Libertytown. With the move to Ellicott City, he will have had assignments in Baltimore City and Baltimore, Frederick Howard counties.

“This has been a great way to get to know different areas of the state,” he said. “It’s been a wonderful experience.”

Monsignor Dietzenbach shepherded St. Peter the Apostle through an enormous challenge, as its previous church, which was erected in 1871, suffered severe damage during a 2004 fire. While portions of it were salvaged, a new church was dedicated last September.

“An event like that can be a learning experience,” Monsignor Dietzenbach said. “It wasn’t without its bumps, but the parish came together well. The construction and fund raising, we did everything in house.”

He saw considerable tracts of Frederick County transform from agricultural to residential use. It recalls home, however, as Monsignor Dietzenbach, 57, was raised on a farm in northeast Iowa.

What brought him to the archdiocese?

“I had the choice of three seminaries,” he said. “Everyone I knew from high school was at the one in Minnesota. The one in Indiana was in the middle of a cornfield, and I’d spent my life in one. That left Baltimore (St. Mary’s Seminary and University).”

He’ll shepherd twice as many parishioners in Ellicott City, where Church of the Resurrection has more than 3,500 families.

“I know that it’s a large, vibrant parish with a school,” Monsignor Dietzenbach said. “It has some similarities to St. Peter. Both are very active parishes, with food pantries, Eucharistic Adoration and good music programs.

“I enjoyed my time at St. Peter immensely, and I look forward to getting to know the people of Resurrection.”