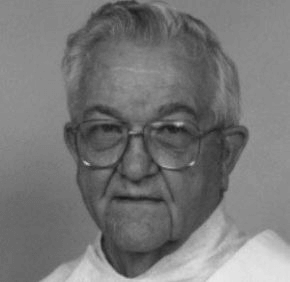 Retired Deacon Ray Britt was remembered as a “Southern gentleman.” A memorial Mass was offered Sept. 26 at 11 a.m. at the Church of the Resurrection in Ellicott City for Deacon Britt, who died Sept. 19. He was 90.

Ordained May 1, 1979, Deacon Britt served over two decades at Church of the Resurrection before his retirement in 2000.

He also served as an auditor and a judge in the Tribunal of the Archdiocese of Baltimore, which assists those who wish to challenge the validity of their marriage, until 2006.

Retired Monsignor James McGovern, who was pastor at Church of the Resurrection from 1991 to 2009, remembered Deacon Britt as “very active,” helping parents as they prepared to have their children baptized and aspiring Catholics through the Rite of Christian Initiation of Adults.

“Every funeral I had, Ray was so generous,” the monsignor added. “He would set everything up for me and be there for the Mass.”

Monsignor McGovern first got to know Deacon Britt when he was a priest in Cumberland, making trips to Baltimore to drop off marriage documents for the Tribunal.

“He was of great assistance to people going through divorce,” remembered Monsignor McGovern. “He was a very gentle guy, and easy to talk to. People loved him.”

“He was a Southern gentleman,” said Ruth Puls, director of the archdiocesan Division of Catechetical and Pastoral Formation, noting that Deacon Britt had retained a Southern accent from Pensacola, Fla.

Puls got to know the deacon before his ordination, when they were both serving on the RCIA team at Resurrection.

“He was a quiet man,” she remembered, “and he was one of those quiet guys that everybody listened to when he started to speak.”

“He just had a deep appreciation for life, and that made him a very wise man,” she added.

At Resurrection, he used to tell a “Christmas miracle” story, she said. “He would talk about being a child and having no electricity. While he and his family were at midnight Mass, a relative came over and lit up their Christmas tree with a car battery.”

“When he told the story, his voice just choked with emotion, and he was the same 6-year-old boy,” Puls remembered.