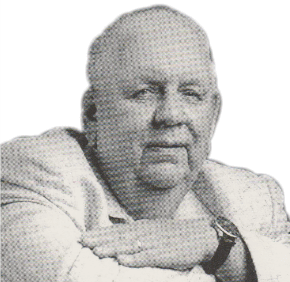 By Erik Zygmont
ezygmont@CatholicReview.org
Deacon John I. McKenna, who died Sept. 22 at 85, was remembered for his singular commitments in multiple arenas.
Wake services will be offered Sept. 29 and 30, both days from 2-4 p.m. and 6-8 p.m. at St. Clement I in Lansdowne, Deacon McKenna’s parish. A funeral Mass will be offered at St. Clement Oct. 1 at 10 a.m.
Ordained to the diaconate for the Archdiocese of Baltimore in 1987, Deacon McKenna was devoted to his parish, St. Clement I, his prep alma mater, Mount St. Joseph High School in Irvington, and his family.
He was active in, among many other commitments, the Holy Name Society, the Knights of Columbus and the Ancient Order of Hibernians.
“I can’t remember him being home many evenings, because he was always out at meetings,” remembered his son, John McKenna Jr.
Deacon McKenna, however, always sat down with his family for dinner at 5 p.m., and, his son added, “every time I had a (youth) sporting event, he was there coaching me.”
“He was in constant, perpetual motion, yet his family came first,” his son said. “It couldn’t have been a better lifestyle; there couldn’t have been a better family to grow up in.”
A U.S. Air Force veteran who served in Korea, Deacon McKenna was married to his wife, Madalen, for more than 64 years. She was beside him when he died, according to his son.
The couple had five children – three boys who went to Mount St. Joseph and two girls who went to the former Archbishop Keough High School in Baltimore – as well as 10 grandchildren and six great-grandchildren.
After graduating from Mount St. Joseph in 1948, Deacon McKenna earned a bachelor’s degree from what is now Loyola University Maryland and a juris doctor degree from the University of Baltimore. Later in life, he earned a master’s degree in business administration from Loyola.
“He probably had too many kids to take the bar exam,” his son said, noting that his father instead became a civil servant, working for the Baltimore Gas and Electric Company and the Maryland Department of Health and Mental Hygiene Department and Department of Juvenile Services.
Throughout his life, Deacon McKenna demonstrated a special affinity for young people, founding a basketball program at St. Clement, which he ran for four decades, in addition to involvement with Catholic Youth Organization basketball.
He led St. Clement’s participation in Catholic Charities of Baltimore’s former SHARE program, a food co-op offering healthy, affordable options to participants who completed community service.
“He was the ringleader,” said Sister of St. Francis Carole Rybicki, who managed the program for the Baltimore Archdiocese.
She noted that Deacon McKenna coordinated food orders and a delivery truck every month to keep the co-op available at St. Clement.
“He was very faithful,” she said.
Father Tom Malia, the priest assigned to St. Clement, remembered Deacon McKenna’s preaching, which he called “very, very stunning in its wisdom and simplicity.”
“He had such a wonderful way of taking the Scriptures and humanizing them, I guess because he had worked with so many people over the years,” Father Malia said.
Deacon McKenna’s son noted that his father related to everyone on “an individual basis.”
“I can’t remember him ever talking about politics or groups of people,” he said. “He was a one-on-one type of guy.”
His father, he added, did not enjoy being recognized for his service.
At a ceremony about five years ago, Deacon McKenna, who served on the Mount St. Joseph Alumni Association Board of Directors for more than 40 years, grew visibly irritated when members of the association began speaking glowingly of him, his son recalled.
His father was unaware that the association was adding a large sum of money to the McKenna-Grace Scholarship, an endowment for tuition assistance he and his family established in 2004.
“We said, ‘Dad, you really need to go up there,’” his son remembered. “When he found out what they were actually doing, he was pretty close to breaking down.”
To see more obituaries, click here.
PrevNext