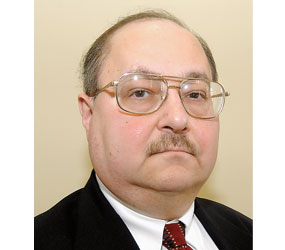 As his May 17, 2003 ordination approached, Deacon Michael L. Flamini knew he was fulfilling a lifelong calling.

“I have always been involved in the life of my parish. I feel God wants more,” he told The Catholic Review. “The diaconate is, to me, the perfect way to serve God and my brothers and sisters.”

Friends and colleagues said Deacon Flamini spent the last eight years living up to that calling, as he bolstered the faith of thousands of people in Baltimore City. Those people are mourning his death, as the 62-year-old deacon died while sleeping Sept. 24, 2011.

Public viewings and visitations of Deacon Flamini’s body were to be held at Kaczorowski Funeral Home in Dundalk Sept. 28 and 29. A funeral Mass was to be offered at St. Leo Church in Little Italy, his family’s parish, Sept. 30 at 10 a.m.

“He was a tremendous guy,” said longtime friend Deacon Richard D. Novak, who served with Deacon Flamini at the Catholic Community of St. Michael/St. Patrick in Fells Point and recently Sacred Heart of Jesus in Highlandtown. “He always put other people first. He never tried to outshine anyone.”

Deacon Novak struck up a friendship with Deacon Flamini when both attended polka dances at St. Stanislaus parish. As colleagues, they would always go to dinner with parish friends following Saturday evening Masses at St. Michael.

Deacon Flamini once attended seminary with the intention of becoming a Conventual Franciscan.

Father Wojtek said Deacon Flamini’s death was shocking to many parishioners and friends.

“Word had spread around, but with those who didn’t, you could hear gasps,” the pastor said.

Deacon Novak said Deacon Flamini received a clean bill of health from a doctor on the day he died.

“I’m going to miss his sense of humor,” Deacon Novak said. “He was always good with the quip.”

“He was such an integral part of the community,” Father Wojtek said.
George Matysek contributed to this story
For more memories of Deacon Flamini, click here.