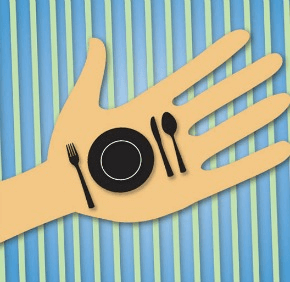 By George P. Matysek Jr.
gmatysek@CatholicReview.org
For many children in Cumberland, school isn’t just about feeding minds. With approximately half the city’s children eligible for free or reduced-price lunches, going to school is also a source for nourishing bodies.
So what happens outside the academic year, when impoverished children are suddenly cut off from their one reliable meal of the day?
That was the question Rebecca Millar wrestled with 14 years ago when the former Western Maryland public school principal launched an ecumenical program to keep hungry children fed throughout the summer.
When it first started, the Summer Lunch Box Program provided free meals to 50 children. At the Aug. 12 close of this year’s eight-week program, the weekday outreach provided approximately 24,000 lunches for more than 600 children.
It was a source of encouragement for those in need, but also an ominous sign of how the area’s ever-slumping economy has deeply wounded the community.
“All the industries have left Allegany County,” said Millar, an 83-year-old parishioner of Emmanuel Episcopal Church of Cumberland. “Unless you are an engineer, a physicist, a lawyer or something like that, there are really very few jobs. Many of the parents of the children we feed are working minimum wage. You can’t raise a family on minimum wage.”
Millar noted that some of the children who arrived for the free meals came in bare feet and were from single-parent homes. For many, Millar said, the lunch was their sole meal of the day.
Lunches consisting of meat sandwiches, fruit, snacks and juice were prepared by volunteers at several area churches, including Our Lady of the Mountains, First Presbyterian Church, Center Street United Methodist Church and Emmanuel Episcopal Church.
Joan Martin, who co-chairs the effort with Stephanie Vollmerhausen at Our Lady of the Mountains, said it was “amazing” how quickly volunteers were able to prepare the lunches and deliver them to distribution sites throughout the city. The parish has been involved for 12 years.
“It’s been very unifying,” Martin said. “It’s very rewarding – and it’s making a tremendous difference.”
The food is funded by a grant from an anonymous donor. Other donations help keep the program running. Participating churches do not proselytize, Millar said, and the outreach is never promoted.
“You won’t see a picture of our children in the paper,” she said. “We don’t exploit the children.”
Millar believes the children who participate suffer the “misfortune” of being born into poverty.
“If we don’t let them know they are somebody,” said the former director of elementary schools for Allegany County, “then we have lost a generation.”
As much good as the program has done, Millar prays it will go away.
“Every night, I pray I live long enough that the people in this country wake up and realize we should not treat others this way,” she said. “I’d like to see the day when there are no programs needed like this in this country.”
George P. Matysek Jr. is assistant managing editor of the Catholic Review.
To read more Amen columns, click here.
PrevNext