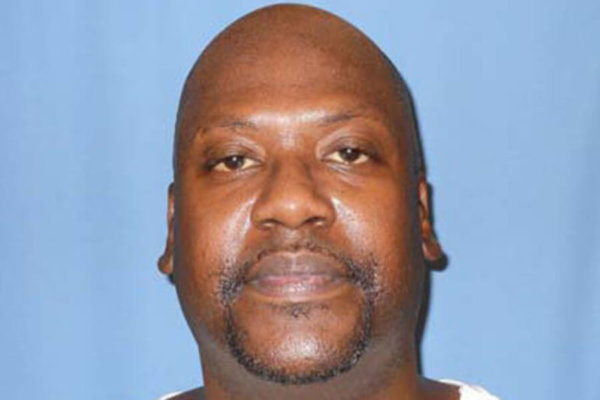 Death-row inmate Curtis Flowers, a Mississippi man tried six times for the shooting deaths of four people in a furniture store in Winona, Miss., in 1996, is pictured in a July 1, 2010, photo. The U.S. Supreme Court ruled June 21, 2019, to overturn Flowers' conviction, saying that by consistently keeping black jurors off the jury the local prosecutor violated the Constitution. (CNS photo/Mississippi Department of Corrections handout via Reuters)

WASHINGTON – The Supreme Court, citing racial bias in the prosecutor’s jury selection, overturned the death sentence of a Mississippi African American man who had been tried six times for a quadruple murder charge.

In the 7-2 decision June 21, the court reversed the 2010 conviction of Curtis Flowers, who had argued that the prosecutor, who is white, had prevented African Americans from serving as jurors in his case. Prosecutors will now have to decide if Flowers should be tried again.

Justices Clarence Thomas and Neil Gorsuch dissented. Thomas was critical of the decision and said its only “redeeming quality” was that Flowers could again be brought to trial.

Sister Helen Prejean, a Sister of St. Joseph of Medaille, who is a longtime opponent of the death penalty, said in a June 21 tweet that this case “pulled the curtain back on racism that persists in jury selection in Mississippi and across the country. This form of discrimination costs people their freedom and, in capital cases, their lives.”

She also said the case was hardly unusual but reflected “a serious problem all across the United States, and especially in death penalty cases” and was “an extreme example of the kind of discrimination that happens in courtrooms all the time.”

In late March, the court heard oral arguments in the case of Flowers, who had been charged with the shooting deaths of four people in a furniture store in Winona, Mississippi, in 1996.

He was convicted in his last trial June 18, 2010, by a jury with only one black juror. Flowers claimed the jury selection violated his constitutional right to an impartial jury especially since the lead prosecutor, District Attorney Doug Evans, had a long history of eliminating potential black jurors from the jury pool.

“The history of this case, prior to this trial, is very troubling,” Justice Samuel Alito said during oral arguments.

The justices zeroed-in on the Supreme Court’s 1986 decision in Batson v. Kentucky, which said the peremptory challenges used by prosecutors and defense attorneys to strike potential jurors could not be used because of race.

Krisanne Vaillancourt Murphy, executive director of Catholic Mobilizing Network, a group that champions restorative justice and an end to the death penalty, said earlier this year that this case and another that the court declined to take –  about a death sentence potentially tainted by racial bias –  highlight conclusions that “seem compellingly obvious.”

“First, the legacy of racial discrimination in America continues to rear its head in the practice of capital punishment; second, the judicial system is unreliable in addressing this problem,” she said. “It is for these reasons that many states, including Washington and California most recently, have declared a halt to the capital punishment process.”

She also said these cases not only “shed light on how racism has permeated our judicial process” but they show how the nation’s highest court can’t keep intervening for each failing within the criminal justice system.

“As a society, we cannot expect the Supreme Court to be the backstop for every case affected by bias or injustice,” said Vaillancourt Murphy. “The inherent arbitrariness of the death penalty ensures that racial bias frequently influences the decision of who lives and who dies. The only way to avoid this gravest of injustices is to do away with the death penalty completely.”