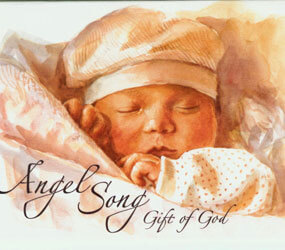 TERRYVILLE, Conn. – Holy Family Retreat Center in West Hartford, founded by the Passionist Fathers in 1951, is reaping the benefits of this high-tech era.

By making its Mass cards available to people online since 2001, the center has attracted a following from people in nearly all 50 states and from all corners of the globe, including England, Ireland, Italy, Japan, Trinidad and Tobago, Australia and many countries in Latin America.

Promoters of its retreats “focus on their own parish members,” said Passionist Father David Cinquegrani, retreat director of Holy Family. “Their personal invitation to other parishioners is the single most important promotional tool to bring new retreatants to the center.”

“People find Holy Family to be a place of peace,” he said. “Often people say that they feel at home in this setting because the art, the sacred spaces and grounds all of which express a welcoming place that many call ‘holy ground.’“

With the online access to the center’s Mass cards, people unable to visit its ivy-clad buildings and sprawling grounds can still have a connection to the center.

In turn, the Holy Family community has been pleasantly surprised by its decision to put the cards online at its website, www.holyfamilyretreat.org.

Fifty percent of Holy Family’s Mass-card offerings come in via the Internet.

And the retreat center has expanded its use of the cards to include offerings for countless occasions.

Proceeds from the card offerings help fund the retreat center, which can hold up to 220 retreatants, in addition to more than 30 members of the community. It has numerous chapels, conferences rooms and break-out spaces. The grounds include a new labyrinth, Stations of the Cross and several walking paths.

Mary-Ellen Mosher, who has been the director of the card office for 15 years, said that the most popular cards other than the sympathy enrollments are the get well, healing and birthday cards. Other occasions covered by the cards are birth, baptism, first Communion, graduation, marriage, wedding anniversary, confirmation, thank you or just plain “thinking of you.”

Lisa Bureau, a Hartford-area resident who has bought Mass cards at the monastery, is convinced the best Mass card offered by Holy Family is the one for a new baby.

“I have always been told by the new parents that it was the most touching gift they received and that their baby be kept in the prayers of the monastery meant so much to them,” Bureau said in an interview. “It is also likely that no one else sends parents a Mass card so it is remembered more, too.”

The card’s illustration of the face of a sleeping infant, Mosher said, “is just so appealing and the text that says ‘Angel song, Gift of God’ brings you to a comforting place where a child is such a gift that this gift is the song of angels.”

All of the Masses and prayers for the card recipients are said by the Passionists’ many communities, as well as on the premises of Holy Family.

Mosher said the center’s card office has had some interesting communications over the years.

The most memorable request for a Mass card was one from a woman whose daughter was killed in the 9/11 terrorist attacks on the World Trade Center; she was on the top floor of one of the towers.

Mosher said it was hard to keep her composure as the woman told her over the phone how a few days before that, her daughter had just bought her wedding dress and had planned to marry soon.

“I could hear the suffering in her voice and had a hard time trying to speak to her without crying myself,” said Mosher.

The woman was so appreciative of the Mass card from Holy Family that it reaffirmed to Mosher that Mass cards are a ministry.

“We do get to reap the benefits of what we at Holy Family like to call a ‘ministry,’ when I hear how our Mass cards …. affect a grieving family in need of prayer and comfort,” said Mosher.

“In this high-tech world of ours, we constantly hear about the evils that come with the Internet,” said Bureau. “It makes me feel good to know that such an important ministry like retreats is being fueled by the offering off Mass cards over the Internet.

“Ironically, the word ‘catholic’ means ‘universal,’“ she continued. “The Internet has allowed the Mass cards offered by Holy Family to be Catholic in two senses of the word. I am heartened that people in other countries have the same access to the Mass cards as I do.”