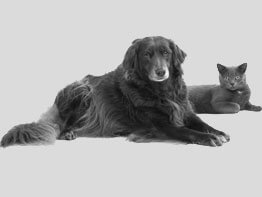 Although she has an attractive and spacious apartment in a relatively secluded part of White Marsh, 76-year-old Mary Winkle found herself feeling increasingly lonely, despite occasional visits from her daughter and friends.

And then one day recently, an old acquaintance persuaded her to take in a cat, a handsome young male tabby that had been rescued from the streets of nearby Essex. The cat behaved as though he had had a home but was irretrievably lost or had been abandoned.

“I was a little nervous about the furniture and my white carpet, and I wasn’t sure we would take to each other, but we did, almost immediately,” Mrs. Winkle said.
It only took “Lucky” a couple of days to settle in, and to settle in on Mrs. Winkle’s bed at night or for a daytime nap.

And, what’s also wonderful is that Mrs. Winkle, a widow, says she feels far less lonely and is more energetic. On her last doctor’s visit, she said she was told her high blood pressure had lowered quite significantly.

That Mrs. Winkle, who attends the Cathedral of Mary Our Queen, Homeland, feels better, less lonely and more energized would come as no surprise to researchers who have investigated the health benefits from owning a companion pet.

Many people are able to relax when animals are present. Tests have shown that the decrease in heart rate and blood pressure can be dramatic. Even watching fish swim in an aquarium can be very calming, studies reveal.

Why would pets produce these results? The theory is that the animals reduce stress levels and loneliness and bring people out of themselves. People can become more social when they are in the presence of animals. A researcher reviewed 25 studies that examined the effects pets had on nursing home residents and discovered they were more alert and smiled more when the animals were there; patients who were physically aggressive calmed down and allowed people to be near them.

In fact, studies have shown that when dogs and cats come to visit a care facility, there is more laughter and interaction among residents than during any other “therapy” or entertainment time. In an inpatient setting, the presence of animals encourages socialization. Staff members have reported it is easier to talk to residents during and after animal visits. Family members often come during the animal visits and some have reported that it is an especially comfortable and pleasant time to visit their loved ones.

Even the always cautious and often skeptical National Institutes of Health noted that the scientific and anecdotal evidence of the therapeutic benefits of pets is “sufficiently encouraging and intriguing to be worthy of serious follow-up. Those who own pets would surely be delighted to learn that they reap unexpected health and financial benefits (from lower health care costs) in addition to enjoying the companionship of the family cat or dog.”

Research also shows that some people feel spiritual fulfillment or a sense of oneness with life and nature when they are with their pets. This is hard to define or explain. Some well-known authors have described their relationships with animals and nature as part of their sustaining life energy and/or part of their communion and relationship with God.

“Maybe it is, in a way,” Mrs. Winkle said, “but all I know for sure is that I’m so much happier having Lucky with me.”

Curled up on her still-white carpet, Lucky surely feels the same way.