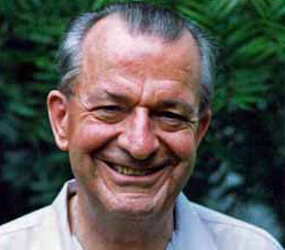 “As we urge the people to pray for his safety, we also appeal to his abductors to treat him with respect and release him as soon as possible,” Bishop Emmanuel Cabajar of Pagadian said Oct. 12. His statement was reported by the Asian church news agency UCA News.

No group has claimed responsibility for the Oct. 11 kidnapping of the priest in Pagadian City. However, police told media they suspect the gunmen came either from the al-Qaida-linked Abu Sayyaf group or from the Moro Islamic Liberation Front, two separatist groups active in the area.

In his Oct. 12 statement, Bishop Cabajar said that Father Sinnott “has worked for a long time in the diocese and is giving an invaluable service to the people, especially the children.”

Earlier, the bishop told Catholic-run Radio Veritas that church officials had not received any letter of demand from the kidnappers. He also said that Father Sinnott has a medical condition and needs daily medication, and that the priest had only one day’s supply with him when he was taken.

Father Sinnott, 79, was taking a customary walk after dinner on the lawn of the Columban Fathers’ house in the city when armed men burst through the gate. They snatched the priest and bundled him into a vehicle that was later found burned in the suburb of Santa Lucia, near the sea, the Columban Fathers’ incident report said.

Columban Father Michael McGuire, a regional official of the order, wrote that at Santa Lucia, Father Sinnott was put in a small boat that headed out into Pagadian Bay.

A spokesman for the western Mindanao police told reporters a special task force has been formed to work for the release of the priest.

The Muslim community in Pagadian City also criticized the kidnapping, calling it an “act against the morality of Islam.”

In a statement issued after their emergency meeting in Pagadian Oct. 12, the regional council of the Consortium of Bangsamoro Civil Society expressed “solidarity with our Christian brethren in strongly condemning this act.” The society, a network of Moro Muslim civil society organizations in Mindanao, said it was praying for the priest’s safety and his immediate and unconditional release.

In 1998, he established a diocesan-based rehabilitation program for special-needs children.

Father Sinnott is not the first priest to be kidnapped in the southern Philippines.

In 2001, rebels kidnapped Italian Father Luciano Benedetti, a member of the Pontifical Institute for Foreign Missions, and Sacred Heart Father Giuseppe Pierantoni in separate incidents. Father Benedetti was released, reportedly after ransom was paid, while Father Pierantoni escaped and was picked up by police.

In 2007, gunmen kidnapped Italian Father Giancarlo Bossi of the Pontifical Institute for Foreign Missions. He was freed more than a month later, reportedly after a ransom payment. Police blamed rogue members of the Moro Islamic Liberation Front and Abu Sayyaf extremists for his kidnapping.