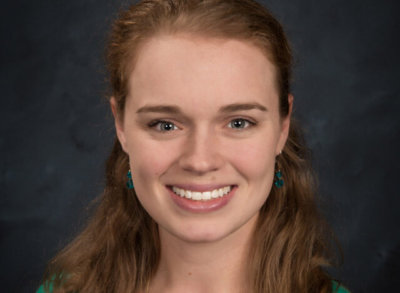 HENDERSONVILLE, Tenn.  — For a moment, Pope John Paul II High School in Hendersonville and one of its teachers stared television history in the face.

Walsh said she has watched the show “on and off ever since my studies at Vanderbilt University for my master’s degree in education.”

Her segment appeared on the nationally syndicated show May 10; it aired locally on Fox 17 in Nashville.

“I had taken the online ‘J’ test a couple of times prior to last year, when I finally took it again, but even then did not think I would qualify for the show,” said Walsh, a graduate of St. Cecilia Academy in Nashville.

Auditions for the show’s contestant wannabees, said Walsh, “are held in maybe a dozen or so different places — my fiance auditioned a few years ago himself — but the online test results are not revealed (to applicants).”

Instead, those who do qualify are given a daylong audition — Walsh’s was in Memphis — complete with that famous, be-quick-about-it buzzer, and practice “Jeopardy” rounds.

“I never expected to be on the show, and realistically, I knew that the odds were against me, because when you think about it, it’s a very small group of people that the show’s producers end up drawing from,” Walsh told the Tennessee Register, Nashville’s diocesan newspaper.

The Friday segment was the last to be taped April 1 following four others, with the second week of Teacher Tournament shows all filmed the next day.

Walsh’s opponents were Dave Roswell of Cheyenne, Wyoming, and Benjamin Schwartz, who is moving to Nashville this fall to earn his doctorate at Vanderbilt University.

No, she did not meet “Jeopardy” superstar James Holtzhauer, 34, a professional sports gambler whose record winnings stood at over $1.69 million before the teacher’s segments were taped. (As of May 23, Holtzhauer was nearing $2 million.)

“But I did meet Alex Trebek, who has been hosting the show for 35 years,” said Walsh.

As viewers know, Trebek is battling stage 4 pancreatic cancer, a condition which he announced to the nation during a March 6 telecast of “Jeopardy” at its conclusion.

“He (Trebek) was great; I really appreciated his experience as a game show host, and the way he interacts with the players, his crew — who are all tremendous — and a live audience during the breaks,” said Walsh.

She was sequestered backstage prior to her taping and could only watch preceding segments film after the first show was completed.

“There were four winners, of course, before our segment was taped, but we did not even know who the runners-up would be,” said Walsh.

Walsh did especially well with a category involving names of parent companies, and as the first round went to commercial, she was in second place.

A change in her score, however, occurred when judges ruled that she incorrectly pronounced a word — “tamarind” and deducted $600.

“The game belonged to Benjamin, who finished with over $20,000, and he answered our final question about a state that entered the union with another state’s same first two letters,” said Walsh.

The states were Maine and Massachusetts, which the former separated from in 1820.

Walsh lost everything on her final jeopardy wager but walked away with a $5,000 consolation prize that she plans to use for her honeymoon in June.

“My fiance and I (they met while at Vanderbilt University) are getting married June 1st, and we will be touring Belgium, England, Scotland, Holland and France,” said Walsh.

Now that her 30 minutes of fame are television history, how does Walsh feel about the experience?

“The clues that I got wrong were as important as those I got right, and the school staff has been very excited and supportive, asking how they could get on the show,” Walsh said.

“Watching the show was great, and I’ve gotten so many cards and support, because it was really special for people here to see someone they know on television, and for me it’s been a wonderful, very positive weekend,” Walsh said.

She also has this advice for anyone aiming for a shot at “Jeopardy” stardom.

“I would say to them keep learning, and take the online test every year, because they will have as much fun as I did doing it, and no matter what the outcome, it’s worth the time,” said Walsh.