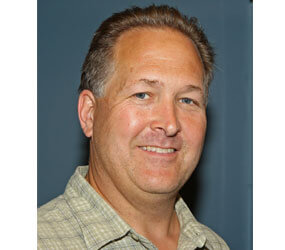 For years, no meal was complete for Tim Zerhusen without downing a liter or more of Coca Cola.

“To me, Coke is the best drink in the world,” said Zerhusen, a 47-year-old manager of Catholic Printing Services

“When we were growing up, Coke was around more than milk,” said Zerhusen, whose father worked for the soft drink giant for more than two decades. “It’s what we drank.”

All those sugary calories – combined with a sedentary lifestyle – eventually caught up with the parishioner of St. Mark in Fallston. Earlier this year, Zerhusen topped the scales at more than 285 pounds. It was the heaviest he had ever been.

“I didn’t like the way I was feeling,” Zerhusen said. “I was getting winded doing things.”

Zerhusen wasn’t alone. Several of his co-workers at the Baltimore-based Cathedral Foundation (publisher of The Catholic Review and home of Catholic Printing Services) had grown tired of carrying excess weight and feeling unhealthy.

In an effort to support one another and shed pounds, nine employees started a “Biggest Loser” contest at work based on the popular NBC television show of the same name. They each paid $50 to enter, with the person who lost the most percentage of his or her body weight slated to take home the $450 grand prize.

After more than 10 weeks of dieting and exercise, the employees lost more than 103 pounds. Zerhusen was named the “Biggest Loser” June 21 after dropping 41.4 pounds – 14.46 of his body weight.

Zerhusen did it by cutting soda, carbs and sugar from his diet. He daily walked three miles at lunch and another three miles after work.

“It’s all about willpower,” said Zerhusen, who will use his prize money to help pay for his season tickets with the Baltimore Ravens. “If you want to do it, it’s not that hard.”

Zerhusen has been getting compliments on his more svelte physique. His wife noted that he has stopped snoring since losing the weight.

Kristen Long, advertising coordinator for The Catholic Review, said she feels great after losing more than 21 pounds and 8 percent of her body weight. Her clothes fit better and she has more energy.

“I hold my head high now and I don’t look down,” said Long, who stopped eating favorite goodies like Red Velvet cupcakes and Italian pastries. “I feel like I’m 23 and not 85 anymore.”

Long focused on eating six small meals every day – picking foods rich in protein and low in carbs and fat. She also began working out and kept up with her drum playing. Her success inspired friends to get into exercise, she said.

“I feel like a role model for them,” she said.

Jo Simmons, former advertising director for The Catholic Review, helped organize the Biggest Loser contest. She said it was a fun way for those looking to lose weight to encourage one another. The competitors weighed in each Monday and offered one another support.

“They watched what they ate,” said Simmons, a competitor in regional fitness contests. “I tried to help them learn to read food labels and be more aware of what they’re putting in their bodies.”

Simmons hopes the Biggest Loser will be held twice a year at the Cathedral Foundation to keep people engaged in an active lifestyle. Other companies can easily duplicate it for their employees, she said.

“Hopefully they will take what they learn and go from there,” Simmons said.

Zerhusen and Long aren’t stopping. They both plan to lose even more weight.