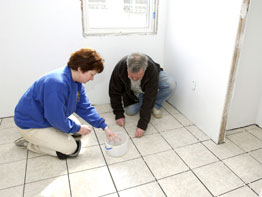 WASHINGTON – Catholic philanthropies have delivered a big shot in the arm to eight New Orleans congregations of women religious still suffering from the devastation of Hurricane Katrina in 2005.

In the fall of 2006, FADICA – Foundations and Donors Interested in Catholic Activities – alerted its member foundations to urgent needs those congregations still faced a year after Katrina.

Since then member foundations have come up with more than $4.4 million in grants to help pay the costs of cleaning and rebuilding the sisters’ schools, convents and other facilities destroyed or severely damaged by Katrina.

Combined requests from the religious orders total $6.3 million. Some requests cover only a fraction of the recovery costs.

“They had much more in damage than they could pay for,” said Francis J. Butler, president of FADICA, which is based in Washington.

When Katrina caused the 17th Street Canal to breach, the Congregation of Our Lady of Mount Carmel’s entire seven-acre complex was inundated with 8 to 10 feet of toxic water. The motherhouse, which had a preschool on the ground floor, and all the buildings of Mount Carmel Academy were affected.

In January 2006, less than five months after Katrina, Mount Carmel was the first flood-damaged high school in New Orleans to reopen.

“We are still completing the preschool (restoration),” Carmelite Sister Camille Anne Campbell, principal of Mount Carmel Academy, said in an interview in July of this year. “We’re still working on the sister house (the academy’s faculty residence), and the motherhouse is still under construction as well” with roof repairs and interior work not yet completed, she said.

She added that the order just got a $250,000 grant from a FADICA member to restore its hurricane-damaged retreat house, on the Gulf Coast outside New Orleans, which it plans to offer to members of other women’s orders as a place of relaxation and spiritual renewal.

Some grants to women religious from FADICA members went to projects that had already been completed using the sisters’ financial reserves so they could return quickly to New Orleans and resume their ministries.

At the sisters’ request, the first round of grants went primarily to restoring their ministries and educational and service programs, Butler said.

“Now we’re into a second round of needs. A theme that runs through the second round is housing for the sisters,” he said.

“Initially they just wanted to get their ministries and schools back in operation,” he said, but “a lack of housing is severely handicapping them.”

Butler credited Sister Sally Duffy, a Sister of Charity of Cincinnati, with the initiative that drew FADICA and the Leadership Conference of Women Religious together to form the New Orleans Recovery Project.

Sister Sally, president and CEO of her order’s SC Ministry Foundation and a FADICA board member, said that after Katrina the LCWR – whose members represent 67,000 women religious around the nation – posted reports of the needs of New Orleans religious orders on its Web site.

A number of orders including hers made direct contributions to some of the groups, but the needs exceeded the capability of contributions available from fellow religious orders.

She asked Butler to spearhead a Catholic foundation appeal and helped him arrange for leaders of two of the New Orleans women’s congregations to speak at the fall 2006 FADICA meeting, held in New Orleans to focus on church needs there.

Following the meeting Butler contacted Sister Carole Shinnick, a Sister of Notre Dame who is LCWR’s executive director, about working together to enlist FADICA members in a short-term campaign to enable women religious based in New Orleans to recover their previous ministries and embark on new ones responding to the Katrina disaster.

Butler and Sister Carole recruited Sister Suzanne Hall, a School Sister of Notre Dame, who was experienced in fundraising, to coordinate the recovery project and assist the congregations in writing up grant requests.

Sister Chris Perrier, treasurer of the Marianites of Holy Cross, said that despite flood damage to all their houses and school facilities the members of her congregation wanted to return to New Orleans as soon as possible because “we really wanted to be a presence to the people in this area.”

Shortly after Katrina they started the Marianite Bywater Project – named after the upper Ninth Ward neighborhood of Bywater, where they live – to help impoverished residents, many of them senior citizens on fixed incomes, cope with the economic, social, psychological and spiritual aftereffects of Katrina.