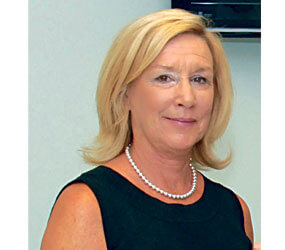 The first time Marsha Meyd visited The Catholic High School of Baltimore, she was amazed by its contrasts. The school featured old-fashioned wooden chalk rails, yet was the location for sophisticated programs like STEM – a program focused on science, technology, engineering and math.

“It’s a lovely blend of modernization and keeping that history that is so true of a school that’s coming up on 75 years,” Meyd said.

Now entering her first year as principal of the all-girls school, Meyd said one of her top priorities is helping more people know what Catholic High has to offer.

“It’s a hidden jewel in the city,” said Meyd, a parishioner of St. John the Evangelist in Hydes.

Meyd comes to Catholic High from Maryvale Preparatory School in Brooklandville, where she served as middle school head for 10 years. She had previously worked as a teacher, special education specialist, assistant principal and principal in the Baltimore County public schools.

Meyd said she will work with other school leaders in evaluating and strengthening Catholic High’s strategic plan. She would also like to see enrollment grow. There are currently 311 students enrolled, with a freshman class of 92.

Meyd holds a bachelor’s degree in math education from the University of Maryland, College Park. She earned two master’s degrees from The Johns Hopkins University in Baltimore – one in administration and supervision and the other in special education and reading. The principal has seven certifications from the Maryland State Department of Education.