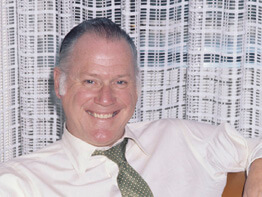 JACKSONVILLE, Fla. – Former baseball commissioner Bowie Kuhn, who died in a Jacksonville hospital March 15 at age 80 from respiratory failure following a bout with pneumonia, once said he wanted to be remembered simply “as a good Catholic man.”

In a 1999 interview with The Long Island Catholic, newspaper of the Diocese of Rockville Centre, N.Y., Mr. Kuhn said his faith was his anchor throughout his life. “My church taught me the importance of right and wrong,” he said, explaining that the church gave him the tools to stay on that path, as well as the sacraments.

“The church is my bulwark,” he added. “Not a moment goes by where I don’t realize that I’m a man of faith, and there are certain obligations that go along with that.”

As commissioner of Major League Baseball, Mr. Kuhn oversaw baseball during a stormy time in both the sport and in society. Labor unrest in the game was rife during Mr. Kuhn’s 1969-84 tenure, with five work stoppages – including two season-shortening strikes – challenges to the reserve clause that bound a player to one team for life, and free agency for players.

Mr. Kuhn also oversaw the expansion of the major leagues to 26 teams, the introduction of night games for the World Series, and the beginning of a renaissance for the sport fueled by baby boomers and their children, resulting in upsurges in attendance and fatter television contracts.

He used his powers as commissioner to act in the “best interest of baseball” to revoke the sale in 1976 of several Oakland A’s stars by owner Charles O. Finley, and to suspend players and owners alike for conduct detrimental to the game, even barring Hall of Famers Mickey Mantle and Willie Mays for a time when they were hired by gambling casinos.

After Mr. Kuhn stepped down as commissioner following the 1984 regular season, he grew active in many Catholic-oriented projects, including several with Thomas Monaghan, the Domino’s Pizza founder who had bought the Detroit Tigers during the last year of Mr. Kuhn’s tenure. Among those projects:

– In 1991, Mr. Kuhn and Mr. Monaghan were on the board of the newly organized Catholic Campaign for America, whose founders included many former Republican political appointees. A statement for the group said it would focus on religious freedom, defending the family, protecting human life and ensuring peace and social justice. Its first order of business was to back Clarence Thomas’ nomination to the U.S. Supreme Court.

– In 1997, both men were on the advisory board of the Catholic Values Investment Trust, a blue-chip, growth-oriented fund aimed at long-term investors. The board members’ job was to monitor stocks recommended by the fund for compliance with Catholic teaching.

– In 2000, both were part of a Catholic Task Force assembled by the Republican National Committee, the first focus of which was a campaign by others to downgrade the Vatican’s status at the United Nations from permanent observer to nongovernmental organization.

– In 2002, Mr. Kuhn was a member of the advisory board for the Ave Maria Foundation, which was chaired by Mr. Monaghan. The foundation had a hand in the establishment of Ave Maria University in the Diocese of Naples, Fla. At a press conference announcing the university, Mr. Kuhn said, “We are forever, as Christians, searching for God.” But, he added, “the search for God has not only been abandoned, it has been eliminated from universities altogether.”

Mr. Kuhn also served in 1989 as chairman of the Greenwood Foundation, a nonprofit organization formed by prominent lay Catholics in 1985 to support agencies that help women with problem pregnancies.

Born Bowie Kent Kuhn in Takoma Park, Md., he grew up in Washington. A graduate of Princeton University in New Jersey, he earned a law degree from the University of Virginia. His first job out of school was with a law firm that represented the National League.

He is survived by wife Luisa, son Stephen, daughter Alix Bower and stepsons Paul and George Degener. The Associated Press reported that a funeral was planned in Ponte Vedra Beach, Fla., but no further details were released.

One of Mr. Kuhn’s favorite post-baseball activities was serving as what he called “an itinerant preacher,” speaking at Catholic men’s conferences throughout the country. He said that once he left office he made it a priority to speak anywhere he was invited to discuss spiritual matters.

“I love it. I come away from it just thrilled,” he said. “They are powerful meetings. The spirituality there is just intense.”

At his first such speaking engagement, Mr. Kuhn said in 1999 that he knew his audience wanted to hear about religion and morality, but he did not know quite what to say. Mr. Kuhn said he found himself uttering, “I’m madly in love with Jesus Christ,” and the words flowed easily from there.