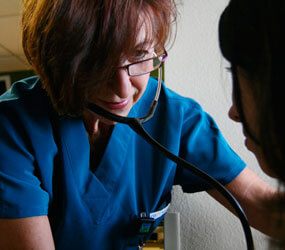 WASHINGTON – Although the Patient Protection and Affordable Care Act will undoubtedly have profound consequences for the nation’s hospitals and physicians, its exact effects remain unclear – and dependent on rules still to be written.

The legislation “gives federal agencies substantial responsibility and authority to ‘fill in the details’ … through subsequent regulations,” said Curtis W. Copeland of the Congressional Research Service in a report for Congress.

“Although some regulations are required in 2010, it seems likely that other regulations will be issued for years, or even decades to come,” he added.

The picture of Catholic health care has been changing for some time, with or without health care reform.

In 2009, the number of Catholic hospitals was relatively steady at 624 but only 441 were single-sponsor hospitals and 13 were headed by religious administrators or CEOs.

“With each successive generation of lay leaders, there is increasing risk that what is at the core of Catholic health ministry – a sense of compassion to care for society’s most vulnerable and dedication to the healing ministry of Jesus – will become diluted until it disappears,” Bauer wrote in an article for Health Progress magazine about CHA’s Vision 2020 planning initiative.

“Many looming issues will still exist when the dust settles around health reform,” she added. “As responsible stewards of the healing ministry of Jesus and the church, we need to acknowledge and understand the implications of these trends, debate our options and embrace the opportunities they offer while making what, in some cases, may be difficult choices.”

Dr. Thomas Bodenheimer, co-director of the Center for Excellence in Primary Care at the University of California, San Francisco, and Dr. Hoangmai H. Pham, senior health researcher at the Center for Studying Health System Change in Washington, believe a key to the success of the health reform effort will be increasing the primary care workforce at a time when an increasing number of medical students say they do not intend to practice adult primary care.

In a joint article for the journal Health Affairs, Bodenheimer and Pham said 65 million Americans already live in areas that have been designated by the federal Health Resources and Services Administration as primary care health professional shortage areas – those with a ratio of population to primary care practitioners greater than 2,000 to 1.

But while the workload of adult primary care practitioners is projected to increase by 29 percent by 2025 because of population growth and aging, the number of people practicing adult primary care medicine is expected to rise only 2 percent to 7 percent, they said.

One solution proposed by Bodenheimer and Pham plays a big role in the health reform plan passed by Congress. Community health centers already serve an estimated 17 million people annually, the physicians said, and “have been highly successful in improving primary care access.”

Michael F. Rodgers, CHA’s senior vice president for public policy and advocacy, said many of the issues raised by health care reform are the same ones that Catholic hospitals have been dealing with for years – “how to integrate services, work more efficiently, provide better coordination of care,” for example.

Catholic and other not-for-profit hospitals also have been bearing the burden of providing uncompensated care for many of the 46 million uninsured people in the United States – a burden that should be eased by the national health reform plan, which is supposed to cover an estimated 30 million of the uninsured by 2014.

Rodgers said he hoped the reforms would be Catholic hospitals on “a better financial footing,” but admitted that “the devil is often in the details.”

With an almost endless list of federal agencies – from the Internal Revenue Service to Homeland Security to the Centers for Disease Control and Prevention – involved in drawing up and implementing the regulations that will bring health reform to life, Rodgers said, “the heavy lifting is to come.”