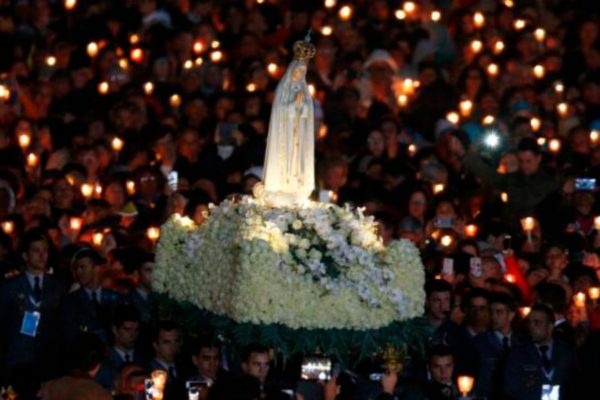 Thank you Abbot Placid and President Thierfelder for your kind invitation to offer the Baccalaureate Mass for the Class of 2017 of Belmont Abbey College. And congratulations to you, our graduates – we are so proud of you! I am happy to share this day with you and with your families and your friends. It is a day of joy and gratitude, a day to celebrate achievements, a day to look back and a day to look ahead. I am confident that Belmont Abbey College has prepared you well for the future by formation in the excellence of virtues and the virtues of excellence. The truth remains, however, none of us really knows what the future holds.

Commencement speakers (and here I include homilists) sometimes say silly things. Graduates are often told that the world is their oyster (with only a few suspecting that this phrase comes from Shakespeare). They are told that they can be anything they want – even to the point of completely reinventing their identity or that there is utterly no limit to their creativity. Sometimes people like me tell people like you that the world is just waiting for you to emerge from the walls of this college and that your generation will be the one to conquer every challenge, ranging from world peace to the common cold. I came this morning not to say such unrealistic things but rather to pray with you that you may have “a future full of hope”, not a future distorted by mirages.

By sticking closely with the Scripture readings, invoking the Holy Spirit, and asking the intercession of Our Lady of Fatima, maybe we can set aside the mirages on the horizon and instead spend a few moments thinking about what God may truly have in mind for you and for the world you will be inhabiting and helping to shape over the next many decades.

Let’s begin with the Gospel where we find Jesus trying to educate and form the disciples, trying to get them ready for the mission, the work he will want them to engage in. Actually, as we look in on the conversation, it’s not going well. Philip, who was among the first of the Lord’s disciples, isn’t getting it. Jesus is God’s Son and so he has a unique relationship with the Father. By private instruction, by preaching, by his miracles – Jesus has been revealing God the Father’s goodness and glory. But pretty late in the game, Philip says – “Lord, show us the Father and that will be enough for us.” That would be like taking course after course in civil engineering, earning a degree in it, and then, just before graduation, asking the professor for a few clues on how to build a bridge.

The fact of the matter is that Jesus, God’s Son in the flesh, came to do the work that the Father had given him to do, namely, to redeem the world from sin, to conquer sin with grace, to conquer death with life. Even in this world, clothed in our humanity, God’s Son remained in closest union with God the Father. And Jesus is trying to get Philip and the other disciples to see that he is drawing them into his relationship of love with God the Father so that they too can share in the work that God the Father gave Jesus to do: “Amen, amen I say to you, whoever believes in me will do the works I do and will do greater ones than these, because I am going to the Father.” As the Risen Lord prepares to ascend into heaven, he tells his disciples that he is going to send them the Holy Spirit so that they will be joined with him and with the Father spiritually – and thus able to continue the works that he, Jesus, had begun in his ministry.

Let’s pause for a moment and bring this home to you at this moment in your life. Blessed John Henry Newman once said that “God has created me to do him some definite service. He has committed some work to me which He has not committed to another . . . . . . I shall be an angel of peace, a preacher of truth in my own place while not intending it, if I do but keep his commandments.” When we hear Jesus talking about doing the work the Father gave him to do and then inviting us, his disciples, to share in this work – let us not be slow to catch on but rather let us be keen in spirit like Cardinal Newman – asking God on this very happy day in your life and every day what work, what mission God has in mind for you and for you alone. For, as the immortal Dante said, “In his will is our peace!”

When Jesus told his disciples that someday they’d be doing his work, they could not have imagined what that would be like. Yet, in the reading from the Acts of the Apostles, we find the Apostles doing the Lord’s work in spades – speaking boldly about the Lord to overflow crowds, fearless in spite of opposition, joyful in the Holy Spirit even in the face of persecution. The Lord was working in them and through them in ways they could not have imagined and that is how the faith spread far and wide.

At the beginning of this homily I advised that we should manage expectations when it comes to thinking about what we can accomplish in the world, that is, all by ourselves, left to our own devices, following only our own lights and plans. But what if we decide here and now never to go it alone? What if we decided every day to let the Holy Spirit insert us into the relationship of love that existed from all eternity between the Father and the Son? Then, there is no telling who we might become and what we might accomplish! Working in us and through in the power of the Holy Spirit the Lord can accomplish more than we could ever ask or imagine.

But, like Philip, we are slow to believe and sometimes hard of heart, living as we do in a secular culture where the faith of the Church at best is regarded an optional extra. That is why a hundred years ago Our Blessed Lady appeared to three young people from a poor rural family in Fatima, Portugal – Their names were Jacinta, Lucia, and Francisco (earlier today Pope Francis canonized Jacinta and Francisco). Through them Mary warned the world of terrible wars, untold suffering, and persecution all of which came to pass; through them she called the world to repentance. The message of Fatima is no less relevant for us and for our world today. Our Lady of Fatima helps us see what today’s deeply divided and dangerous world needs from us. In the words of Pope Benedict XVI, “…today’s pastoral priority is to make each Christian man and woman a radiant presence of the Gospel perspective in the midst of the world, the family, in culture, in the economy, in politics. Bear witness [he said] to all of the joy that [Jesus’] strong yet gentle presence evokes, starting with you contemporaries. Tell them that it is beautiful to be a friend of Jesus and that it is well worth following him.”

Believe, dear graduates, not only that the Lord loves you and that he is seeking your friendship in return for his; but believe also that the Lord has something in mind for you, some definite plan for your life, some mission, some work for you to do. Whatever it is, it will not be centered on yourselves and on your own desires. Rather it will have something to do with shining the light of the Gospel on the darkness of human misery, something to do with reflecting the light of Christ onto a badly fragmented and confused world, something to do with allowing the light of faith to illumine every human field of endeavor, every relationship, every problem and opportunity… and doing all this in the power of the Holy Spirit aided by the prayers of Mary. May you go forth from this College, ready to do the greater works that Jesus has in mind for you.

Through the intercession of Our Lady of Fatima, may God bless you and keep you always in his love!