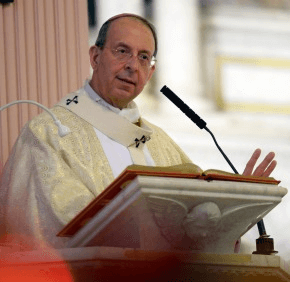 By Catholic News Service
WASHINGTON – U.S. Rep. John Fleming, a Louisiana Republican who also is a physician, has introduced a measure to provide legal protection to doctors, nurses, hospitals and all health care providers who choose not to provide abortions as part of their health care practice.
Fleming, who has been a family doctor for 30 years, said the Conscience Protection Act of 2016 “offers common sense conscience protections” for those on the front lines of the medical profession.
In a letter to House members March 31, two chairmen of U.S. bishops’ committees urged them to support Fleming’s bill, known as H.R. 4828, and noted its “modest scope.”
“While existing federal laws already protect conscientious objection to abortion in theory, this protection has not proved effective in practice,” wrote New York Cardinal Timothy M. Dolan and Baltimore Archbishop William E. Lori, who chair, respectively, the U.S. Conference of Catholic Bishops’ Committee on Pro-Life Activities and Ad Hoc Committee for Religious Liberty.
Fleming introduced the bill March 22 and it has been referred to the House Committee on Energy and Commerce.
Rep. Vicky Hartzler, R-Missouri, is co-sponsor of H.R. 4828. “Forcing a health care provider, church, private employer, or charity to violate their conscience is simply wrong,” she said. “Caring professionals such as nurses and doctors should not be forced to perform abortions. … Our bill reinforces conscience protections already provided and offers a legal right of action to those who have been harmed by discriminatory or unlawful mandates.”
Cardinal Dolan and Archbishop Lori said Fleming’s measure is based closely on the Abortion Non-Discrimination Act, first approved in the House in 2002 to protect medical workers’ right to decline to participate in elective abortions because of their religious or moral objections. The Senate version has never been taken up by a committee.
According to the two prelates, existing federal laws already protect conscientious objection to abortion “in theory,” but “this protection has not been proved effective in practice.”
In their letter, they said the laws can only be enforced through a complaint to the Office for Civil Rights at the Department of Health and Human Services, which “has allowed valid complaints to languish, sometimes for years, without resolution.”
Examples include an Alaskan court ruling that a hospital receiving federal funds for Medicare and Medicaid was a “quasi-public institution” required to provide late-term elective abortions under the Alaska Constitution, and the state of New Mexico refusing to approve the lease for a community-owned hospital because it declined to perform elective abortions.
The Conscience Protection Act, they wrote, is “essential legislation protecting the fundamental rights of health care providers … to ensure that those providing much-needed health care and health coverage can continue to do so without being forced by government to help destroy innocent unborn children.”
Fleming’s measure “will address the deficiencies that block effective enforcement of existing laws, most notably by establishing a private right of action allowing victims of discrimination to defend their own rights in court,” they said.
Cardinal Dolan and Archbishop Lori recalled the Hippocratic oath’s rejection of abortion in the medical profession, saying the Fleming’s bill will benefit not only Catholic medical professionals but “the great majority of OB/GYNs (who) remain unwilling to perform abortions.”
They urged House members to support and/or co-sponsor the bill “whether you approach this issue out of respect for defenseless human life, for religious liberty, for ‘freedom of choice’ on abortion, or for the well-being of our health care system.”

‘Let them serve’: Baltimore students join hundreds in standing with Little Sisters of the Poor