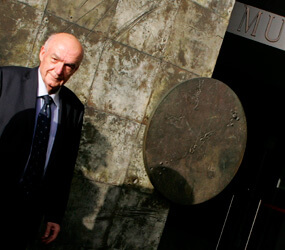 VATICAN CITY – For the first time in half a millennium, the doors of the Vatican Museums were open to the public at night.

Some 6,500 people took advantage of the after-hours event July 24. More than 5,000 people reserved a spot online ahead of time as required, but the museums let in another 1,400 visitors who hadn’t made the compulsory booking.

Just 40 minutes after the doors opened at 7 p.m., about 2,600 people had pushed through the turnstiles, reported the Vatican newspaper, L’Osservatore Romano.

For the next four hours, visitors could wander through the Raphael Rooms, the Sistine Chapel, and the corridors of the museums and galleries of the Apostolic Library, as well as other areas of the museums.

In one of the courtyards, the museums also offered live Renaissance-era music and dance during the special initiative.

The last time the museums were opened to the public at night was 503 years ago.

The director of the Vatican Museums, Antonio Paolucci, spearheaded the nighttime initiative as a way to give Rome residents a chance to see a part of their heritage and identity, he told Vatican Radio July 24.

Because the museums close Monday through Saturday at 6 p.m. and at 2 p.m. on the one Sunday a month they are open, local residents who work or go to school find it hard to fight the lines and see the museums.

“In my opinion the Roman people, above all, must be the ones to take back their museum,” he told Vatican Radio.

Because there was such a popular and enthusiastic response, the museums will be open for late evening visits four times in September and again in October, he said. Officials will decide later how often to schedule other nighttime openings throughout the year, he added.

When the museums follow their normal 9 a.m.-6 p.m. schedule, he said, between 17,000 and 23,000 people stream through each day. Despite the economic downturn and its impact on tourism, attendance is down only 2 percent or 3 percent this year, Paolucci said.