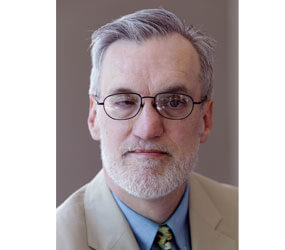 WASHINGTON – A policy adviser to the U.S. bishops has resigned following a controversy over an opinion piece he wrote suggesting that same-sex attraction could be the work of the devil.

Daniel Avila, policy adviser for marriage and family to the U.S. bishops’ Subcommittee for the Promotion and Defense of Marriage since June 20, offered his resignation Nov. 4 and it was accepted, effective immediately.

Avila’s opinion piece was published in the Oct. 28 edition of The Pilot, Boston’s archdiocesan newspaper. It also was posted online before being removed Nov. 2 and replaced with an apology by Avila who previously worked as associate director for policy and research at the Massachusetts Catholic Conference in Boston.

Terrence Donilon, spokesman for the Boston Archdiocese, told Catholic News Service the column was pulled because Avila “retracted it and apologized and because it simply should not have been printed/published in The Pilot.”

“It is not the position of the archdiocese or the church and is simply wrong,” he said in a Nov. 3 email.

Avila has written several columns for The Pilot during the past year and has been a contributor to the newspaper for at least seven years, according to Donilon. The most recent column, which generated reaction in the blogosphere was titled: “Some fundamental questions on same-sex attraction.”

In the column, Avila attempted to answer the question about what causes same-sex attraction. He pointed to possible explanations such as “random imbalances in maternal hormone levels” which he said could have “disruptive prenatal effects on fetal development.”

But he said Catholics need to look for spiritual answers to this question. And as he sees it, “the ultimate responsibility, on a theological level, is and should be imputed to the evil one, not God,” he said. “Applying this aspect of Catholic belief to interpret the scientific data makes more sense because it does not place God in the awkward position of blessing two mutually incompatible realities – sexual difference and same-sex attraction.”

In Avila’s retraction and apology statement he said his column did not represent the position of the USCCB and was not authorized for publication. “The teaching of sacred Scripture and of the Catechism of the Catholic Church make it clear that all persons are created in the image and likeness of God and have inviolable dignity. Likewise, the church proclaims the sanctity of marriage as the permanent, faithful, fruitful union of one man and one woman.”

The Pilot also issued an apology on its website for “for having failed to recognize the theological error in the column before publication.”

Mercy Sister Mary Ann Walsh, director of media relations for the U.S. Conference of Catholic Bishops, said in a statement: “While the general population has debated whether it’s nurture or nature that leads to a homosexual inclination, the church has not posed any theory in that regard.”