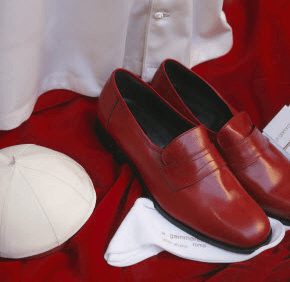 By Elizabeth Lowe and Maria Wiering
elowe@CatholicReview.org
mwiering@CatholicReview.org
As 115 voting cardinals prepare to elect Pope Emeritus Benedict XVI’s successor, Catholics in the Archdiocese of Baltimore are also considering the qualities they would like to see in the next man to hold the Catholic Church’s highest office.
Father Donald A. Sterling, pastor of New All Saints in Liberty Heights, wants the next pope to be in “good health,” “relational,” have “multicultural consciousness” and be someone “who is in touch with the real message of Jesus.”
“I’m trusting that he (Pope Benedict) can be a help to whomever is going to be filling his shoes,” Father Sterling said.
William McCarthy Jr., Catholic Charities of Baltimore executive director, said he hopes for a pope focused on the common good and the importance of caring for the “neediest among us.”
“We’d be looking for a leader whose life has modeled that of Jesus, both in terms of his understanding (of) and capacity and compassion for the human condition, a man of great faith and vision, and one that could unify the message of Jesus throughout the world,” he said.
John Baesch, a parishioner of the Catholic Community of South Baltimore and an admirer of Pope Benedict’s writings, said “holiness” is his requirement for the next pope.
Holiness also tops the list for Sister Mary Charles Culbertson, a member of the All Saints Sisters of the Poor, a formerly Episcopalian community that joined the church during Pope Benedict’s pontificate. “Holiness and humility,” she said. “Anything else is fine.”
Anne Nelson, national regent for the Catholic Daughters of the Americas, said she hopes the next pope is charismatic and has a love for youth.
A Pew Research Center poll released Feb. 21 found that 51 percent of Catholics polled want the next pope to maintain the church’s traditional positions, a rate that jumps to two-thirds among Catholics who attend church at least weekly. The majority of Catholics polled also said it would be good for the next pope to be from the developing world.
Non-Catholics and the media are weighing in with their thoughts on the next pontiff, too.
“There’s a claim that this man speaks for God,” said Father Michael A. DeAscanis, vocations director for the Archdiocese of Baltimore. “That’s why the world is fascinated by what’s going on in Rome. The world has a sense that he does speak for them.”
Unlike many Catholics, Father DeAscanis does not have a list of qualities he is seeking in the new pope, he said.
“We have no idea what God has in mind,” Father DeAscanis said. “We hope that the cardinals surrender to the guidance of the Holy Spirit.”
Because of Pope Benedict’s decision to resign, some have questioned whether allegiances could be split between him and his successor. In an effort to cull concern, he has declared obedience to the new pontiff.
“We understand the transfer of authority, but it’s difficult to transfer our affections,” Father DeAscanis said. “He (Pope Benedict) becomes our holy grandfather. He’s still a part of the family.”
Lala Mooney, a parishioner of St. John the Evangelist in Frederick, said she is “rooting for” Cardinal Sean O’Malley of Boston because he is a family friend. Cardinal O’Malley has been listed among the “papabile,” or men who could be pope.
“The biggest challenge is uniting the different religions,” Mooney said. The next pope should be “a unifying person, a unifying leader of Catholics and non-Catholics.”
Connie Flagg, a parishioner of St. Francis of Assisi in Baltimore who teaches 12th-grade government and psychology at Our Lady of Mount Carmel School in Essex, said “the pope had better be social ministry-minded. That’s how you keep the church alive in the world.”
Bill Kuchmas, state deputy of the Knights of Columbus of Maryland and a parishioner of St. Joseph in Fullerton, said he hopes the next pope continues his successors’ work to protect religious freedom in America and around the world.
“We hope that the selection of the new Holy Father will continue in the ways of Pope John Paul II and Pope Benedict in reminding people that we must follow what God says, not our own personal beliefs,” he said.
Father Pete Literal, temporary administrator of St. Thomas More in Baltimore, hopes Pope Benedict’s successor is pastoral and has a love for priests.
He also hopes the new pope will focus on social justice and pay particular attention to the poor.
“We (the Catholic Church) are experiencing a lot of strains,” Father Literal said. “The new pope must be really firm in what the word of God is telling us.”
Regardless of who the next pope is, “I wish that whoever comes out, that everyone will rally and help him out,” Father Literal said. “Whoever comes out, he will be our supreme pontiff and we will support that.”
Father Literal said he believes the Holy Spirit will direct the upcoming conclave and hopes that the cardinals who will be electing the new pope “will always be open to be led by the spirit of God.”
“The Holy Spirit will work,” Father Literal said. “That’s always the case.”
Monsignor G. Michael Schleupner, pastor of St. Margaret in Bel Air, hopes the next pope is a “bridge builder. … We need to be attentive and inclusive of all. If we could approach things that way, we could do a lot of healing and great things.”
Monsignor Schleupner led an open dialogue March 3 at St. Margaret, and will lead another March 10 at St. Mary Magdalen, also in Bel Air.
“If I as a pastor sanction conversation rather than just being silent about things, my belief is that in that conversation there can be, I hope, some healing of feelings,” Monsignor Schleupner said.
Also see:
Cardinals agree to media blackout of pre-conclave meetings
Papal tailors ready no matter what size the next pope is
Copyright (c) March 7, 2013 CatholicReview.org
PrevNext